When I tell people I write about perfume to say I get odd responses is an understatement. When I give my inevitable explanation on why I think perfume is a subject worth writing about there is one thing which rings true. I will respond by asking them, “is there a smell which reminds you of a place, time or person?” Almost every time I get an affirmative answer. I ask them to describe it. Then I tell them they’ve just described the outline for a perfume. What sets independent perfumery apart is someone is inspired to take that kind of thinking and turn it into something that goes in a bottle. The past as seen through the haze of memory is where Chatillon Lux Lamplight Penance begins. 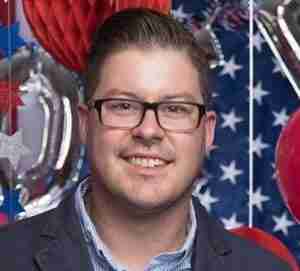 A new independent perfumer, Shawn Maher, has used his hometown of South Saint Louis City as his inspiration. Mr. Maher has particularly focused on the history of his part of the city. The name of his brand, Chatillon Lux, comes from Henri Chatillon. Mr. Chatillon was a trapper and guide during the early to mid-19th century. He was the guide who is featured in Francis Parkman’s 1849 book “The Oregon Trail”. What sparked Mr. Maher’s perfume is the finding, in 1967, of some of Mr. Chatillon’s belongings underneath some attic floorboards. What was found was a rifle wrapped in an oil painting of Mr. Chatillon and his first wife the Oglala Sioux, Bear Robe. In his “scent notes” on the brand website he says, “Lamplight Penance seeks to re-create Chatillon’s later years as he retired to a life of creature comforts……while, by the lamplight, secretly yearning for the trail along with his past life and past love, neither of which he could manage to forget.” 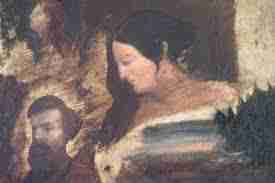 His brief was Mr. Maher imagining Mr. Chatillon ascending to the attic with a glass of bourbon in one hand and an oil lamp in the other to look at the picture of he and his first wife; while his current spouse slept below. As he opened a window the scents of the garden below would mix with the memory of the trail.

Mr. Maher opens Lamplight Penance with the pastoral smells of that garden. He visited the grounds of the mansion and found berry bushes and peach trees among the daffodils. That is the top accord with peach playing a leading role. This is the fleshy kind of peach which is sweetened by the berries. The green acerbic quality of the daffodils provides a contrast. The heart is where Mr. Maher lights his oil lamp and pours a few fingers of bourbon. So many young perfumers rely on birch tar or cade to provide a smoke effect. I was impressed when Mr. Maher explained he chose not to use either of those. Instead he reached halfway around the world for a mixture of Himalayan cedar and the harvested resin of the Sal tree called “choya ral”. This captures the smokiness he wanted while also adding in a textural component for the bourbon to attach itself to. This is surrounded by the wood of the attic as he opens the cedar chest where his keepsakes are stored. A puff of leather comes along with the woods. As the choya ral, leather, and bourbon settle in to roam the trails of memory.

Mr. Maher has mined his local history to produce a perfume which captures the gentility of fond memories. There is a softness to Lamplight Penance that is not apparent if I tell you this is a bourbon, leather, and smoke perfume. I look forward to the next time Mr. Maher want to translate more of Mr. Chatillon’s life into perfume.

Disclosure: this review is based on a sample provided by Chantillon Lux.