We currently live in a world where the power brokers like putting their names on things, often as big as they can get it. The size of the sign somehow has something to do with the size of the influence, I guess. Not that competition among the wealthy is anything new it has been going on for centuries. Each trying to have the biggest and/or grandest whatever is important in that era. I am reminded of that every year when I attend a scientific conference in Newport, RI. 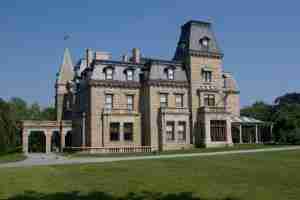 For the burgeoning American industrialists of the late 19th century the competition was for the biggest house with the most exotic building materials designed by the premiere architects of the day. For the architects these had to be half dream project-half nightmare. The dream part was having a client who could acquire any material you wanted to be incorporated into the design and you would be encouraged to push the envelope on that design to be wholly original. The nightmare part must have been the pressure of not delivering to the most powerful families in America, if they weren’t satisfied you were probably done as an architect. I’m sure the same thing is true for bespoke perfumes as the perfumer has some freedom to create singularly but if it misses what the client is hoping for then the perfumer will be seen as untalented for not being able to deliver. 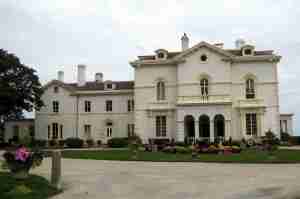 One heavy concentration of these mansions is located in Newport. The influential families of the day had decided that Newport was where they wanted to spend their summers and they had to have homes which confirmed their status. The acknowledged first mansion was called Chateau sur Mer which was built by the Wetmore family who had made their fortune in the shipping business. Chateau sur Mer was built in 1852 but it was barely twenty years later when they asked architect Richard Morris Hunt to redesign it in what was called the “Second Empire” style. The Wetmores had started the race. 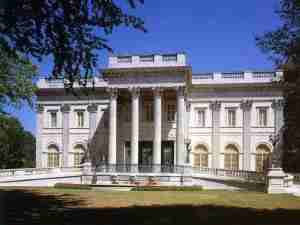 Once it had been started the two most prominent families of the day, the Astors and the Vanderbilts, had to enter. What is funny is the same architect, Mr. Hunt, was used almost in succession as the Astors employed him to renovate Beechwood. William Vanderbilt would hire him to build Marble House only to have his older brother Cornelius outdo those all by having Mr. Hunt design The Breakers. 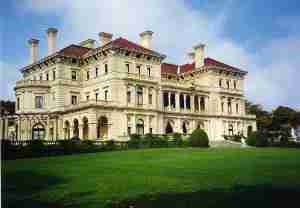 My conference is at Salve Regina University and it sits next door to The Breakers while the once Carriage House and stables of Chateau sur Mer now make up Wetmore Hall. Making an interesting bit of historical bookends to my daily walk back and forth across campus. 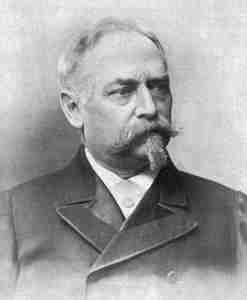 One final thought about all of this was none of these were the main residence for any of these families they were referred to as “cottages”. They spent 8-10 weeks a year here. The influence of this summer society is still apparent today as their preferred method of play was sailing and tennis. Even there the competitive nature would rear its head and the early beginnings of the America’s Cup and tennis’ US Open were borne out of this endless trying to be on top.

The names may have changed and the area of competition may have evolved but the game remains the same.