One of the things I enjoy about writing on fragrance is how one perfume makes me view previous releases differently. One of the more recent examples was Cadavre Exquis by Bruno Fazzolari and Antonio Gardoni. The keynote was the use of camphor which opened my eyes to its versatility. Which then sent me back to try some of the fragrances on my shelf which contain it. I’d have Cadavre Exquis on the list, but it is a sold-out limited edition. Instead here are five of my other favorites which feature camphor.

Perfumer James Heeley wanted to turn the liniment Tiger Balm into a perfume which he does in Heeley Esprit du Tigre. The camphor is amplified by mint and wintergreen before clove and vetiver close the loop on the desired accord. It is medicinal, but it is also refreshing in an odd way especially on a hot day. 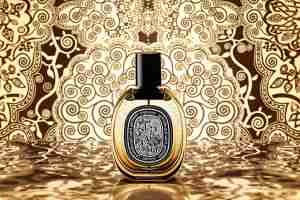 Camphor doesn’t have to dominate the opening which Diptyque Oud Palao shows. Perfumer Fabrice Pellegrin constructs an oud accord which he doses a bit of camphor in to mimic that quality in some of the younger natural ouds. This is an example of what camphor can do to complete an accord.

It can also be used to tease out a facet within an overdosed ingredient as it does in Editions de Parfums Frederic Malle Carnal Flower. Perfumer Dominique Ropion uses the camphor to draw attention to the underlying green vein within tuberose. Without its presence the tuberose would have lost much of its carnality.

It also amplifies that kind of mentholated quality, if it is present, as it does in Comme des Garcons x Monocle Scent One: Hinoki. That titular note is given the sheen of fresh-cut cedar when perfumer Antoine Maisondieu uses it in the top accord leading to the eventual presence of the wood itself.

Just as with Carnal Flower, Serge Lutens Tubereuse Criminelle serves up camphor and tuberose. Except this time more of the former and a bit less of the latter. Perfumer Christopher Sheldrake turns the sultry white flower into something with a bit more malice courtesy of the camphor.

If you need a little something bracing from your perfume give these five camphor perfumes a try.