When I got my first job in 1984, I wanted to upgrade my wardrobe. One piece of clothing I always wanted was a great fitting blazer. I wanted that male version of a little black dress which I could wear on any occasion. When I went shopping, I found a Hugo Boss version which was just what I was looking for. That blazer traveled everywhere with me for years until the lining began to fall apart.  It was as much a part of my wardrobe as my current Hawaiian shirt and fedora are now. 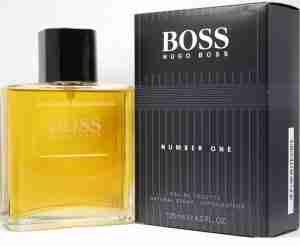 This was also the early moments of the expansion of my perfume collection. I was in Macy’s one day in the mid 1980’s waiting for something. I was killing time at the men’s fragrance counter. The sales associate brought over a new one called Boss Number One. When I sniffed it, I realized this was in line with the scents I was trending towards in those days. I felt it had to be the cologne which would go with my blazer. Back in 1986-ish I just like the way it smelled. I now know a little more about why I liked it so much. 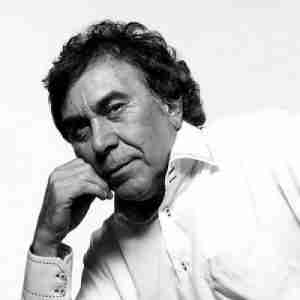 One of those reasons is it was perfumer Pierre Wargnye’s second perfume after the amazing success of Drakkar Noir. I was never one of those who gravitated towards that even though I recognized its quality. There were too many people wearing it I wanted something different. Boss Number One was a more nuanced style of fougere over his first one. He would add in a lot of grace notes through a central axis of herbs, honey, and tobacco.

The top accord seems to be the perfume version of one of those spice blends. I can pick out rosemary, cardamom, sage, and nutmeg most prominently. There are others on the edges, but it is those which form a green opening. A thread of rose winds its way though which is followed by the sweetness of honey. There is a lot of honey here and it is in the amount where on some people it will smell urine-like. On me it is all slightly animalic sweetness. The tobacco waiting to join it makes a satisfying duet. In my old bottle, a real chypre accord of patchouli, oakmoss, and vetiver form the foundation. For this review I got a small current tester, and it is here where the chypre has been mostly replaced with a cedar, patchouli, and vetiver accord which is an acceptable substitute.

Boss Number One has 12-14 hour longevity and average sillage.

Almost as much as my Hugo Boss blazer my bottle of Boss Number One was in my travel bag. That’s because it was as versatile as my jacket.

Disclosure: this review is based on my original bottle and a newer one purchased this year.