2018 was a year in which the perfume companies more firmly tuned their fragrances towards a younger generation. I tried 701 new perfume releases this past year. If there was one dominant trend it was towards transparent styles; especially in the mainstream sector. It also meant simpler constructs using three to five ingredients. The difficulty I had with this is the great majority of these perfumes fell apart with any scrutiny. Too often transparent minimalism could be summarized succinctly as insipid. Slightly more charitable it was a case of the Emperor’s New Clothes as the brands tried to sell more and more “nothing there” product. The best (worst?) example was the twenty-five releases, at one time, from clothing brand H&M. They didn’t even disguise their attempt to push out a wave of poorly made fragrance. It was a bad joke which made me wish I had only tried 676 new perfumes this year.

Transparent New Clothes for The Emperor

I have had some problems embracing the whole trend because I believe its success requires a very skilled perfumer. Proof of that would come early in the fall with the release of Cartier Carat as in-house perfumer Mathilde Laurent produced a magnificently kinetic transparent floral. It would be followed by the McQueen Collection of soliflore-like constructions employing some of the best perfumers to show the potential of this style of perfume making.

Another emerging trend is the rise of gourmand style perfumes. This might be the last genre of fragrance which has not been terribly overexposed. It means it is fertile ground for brands to make a statement. It also is a style which adapts well to the transparency. Jovoy Remember Me by perfumer Cecile Zarokian was an audacious attempt to push the form forward. I think we will see a spectacular contemporary gourmand soon. 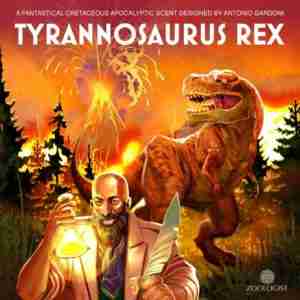 If the perceived banality of the mainstream releases was getting me down the independent perfumers were here to rescue me. They were ready to give me the jump start I needed to throw off my malaise.

Victor Wong of Zoologist Perfumes would oversee the funk of Hyrax with perfumer Sven Pritzkoleit and the prehistoric jungle fire of Tyrannosaurus Rex by perfumer Antonio Gardoni.

Nicole Miller of Blackbird sent out the skanky banana of Y06-S and the oddly compelling plum gourmand Anemone.

Amber Jobin of Aether Arts Perfume created The AI Series which was experimental perfumery of the highest order.

Hiram Green produced a birch tar overload in Hyde a complete opposite of the enticing tobacco and honey of Slowdive.

Of course, 2018 ended with the loss of one of the great independent perfumers, Vero Kern. As that happened, I was reminded of the old saying “when a door closes a window opens”. The window might be looking toward Turkish perfumer Omer Ipecki and his Pekji brand. Mr. Ipecki like Fr. Kern took years to perfect his perfumes before releasing them. He listened to his own artistic vision while displaying an independent swagger. I know I’m laying a large burden on Mr. Ipecki’s shoulders I am hopeful he will bear it with good humor.

If there was a disappointment it was from the niche brands. Many of them safely stayed within their well-trodden lanes. I feel somewhat churlish for saying this because there were many I liked, but very few of them tried anything different. As I looked back it seemed like too many of the brands found a successful space which they continued within. As I think will become apparent over the next two days there were few which stood out.

I still retain my excitement about perfume as it exists in 2018. As I reveal my Perfume, Perfumer, Creative Director and Brand of the Year tomorrow and the Top 25 new perfumes the day after these are the reasons why I feel that way.

Regular readers of my The Sunday Magazine column know I enjoy a skewed kind of Holiday fare at the Home Office in Poodlesville. If there is a movie which captures my Christmas perspective, it is 1993’s “The Nightmare Before Christmas” by director Tim Burton. The short synopsis is the denizens of Halloweentown take over in Christmastown. What should become obvious is they put their own spin on traditional Christmas tropes. It is that part of the movie which delights me on each viewing. There is a place for the straightforward traditional activities in any holiday, but I am always drawn to the odd spin imparted to those pleasures. Blackbird Anemone is an incredibly odd delight for those who enjoy their perfumes a bit askew. 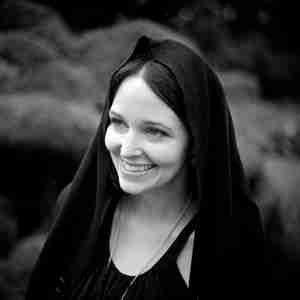 The entire Blackbird collection from Nicole Miller has always marched to its own contrapuntal beat. If there was ever a perfumer I would compare to the visual perspective of Tim Burton it would be Ms. Miller. This has always produced perfumes from a unique perspective which exist to push at the edges of what smelling good means.

Anemone takes one of the traditional ingredients of the Holidays, plum, and gives it a non-holiday treatment which I can’t get enough of. Ms. Miller takes the well-known fragrance ingredient and skewers it with spikes of contrasting effects over a flat champagne accord providing its own kind of unusual Holiday vibe.

Anemone starts with that plum bobbing on the surface of a watery lotus. It is like looking at a lily pond and finding a plum underneath the green. Then this is where the whole thing turns into an odd Holiday party as the watery effect is replaced by a flat champagne accord. There is a stray teeny bit of effervescence underneath a stale wine which is where the plum happily floats. The champagne accord has sour and sweet pieces. Ms. Miller teases out both sides with honey and tobacco picking up the sweet while amber and styrax grab the sour by the hand. Everywhere I smell there is something which feels part of the Season but twisted around. The whole effect is of a Christmas party as only the creatures of Halloweentown could put on.

There is no current brand taking as many successful risks as Blackbird. It is a refreshing way to bring a little Halloweentown to the staid village of Perfumetown. Anemone is at its best in the Holiday weather. I wore it to our local tree lighting ceremony last week. As we sang along with the carolers, Anemone smelled like The Night Plum Before Christmas.

Disclosure: This review is based on a sample provided by Blackbird.