I was fortunate as a child to be able to visit almost all the Caribbean Islands. I am probably stretching a point but one of the great things about arriving on a different island was each had its own scent. There were things which grew more abundantly on each different destination. There was some significant overlap but when I smell certain ingredients I have a specific memory of an island come to mind. The latest reminder is one which combines three specific ingredients into a kind of all-star perfume, Berdoues Hoja de Cuba.

Hoja de Cuba is part of the Grand Cru collection which is all about capturing the scent of a place. They have tended to be simple styles of three or four ingredients. As I’ve mentioned in the past if one of those ingredients doesn’t work well it tends to cause the entire perfume to fall apart. In the case of Hoja de Cuba perfumer Ane Ayo spent some time in Cuba taking in the smells of the tobacco fields which is one of the three notes in the fragrance. She also must have been based in Santiago de Cuba on the southeast shore of the island because the other two ingredients come from Jamaica to the southwest and Haiti to the east. 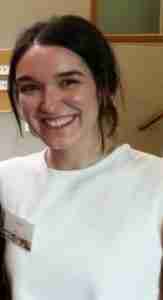 The Jamaican contributor is allspice. For those who cook with a jerk seasoning this is one of the ingredients. In perfume it has a warm nutty quality along with the spice mélange promised in the name. Mme Ayo pushes the allspice out in the early moments and allows it to display its style. Haiti adds in the well-known vetiver as the woody character matches to the nutty part of the allspice. It also provides the vegetal greenery indigenous to every tropical island. When the tobacco arrives as the final note it provides a dried sweet narcotic wrapper to embrace everything into a lovely perfume cigar.

I know the middle of February is the time of year many of us wish we were in the Caribbean for a long weekend. Hoja de Cuba can at least provide the scent of a mid-winter trip to the islands.