Trends come and go but I always look to who was there before it became one. When it comes to the whole “clean” and sustainable fragrance concept, one of the first was The 7 Virtues. Owned by Barb Stegemann whom I met in 2013. She laid out the principles back then which these movements have embraced in the last couple of years. What has become interesting to me is her style of perfume making has also evolved over the same time period. The first releases were simple soliflores highlighting the sustainable source of the keynote. I kind of lost touch with the brand but by the time I looked again in 2018 there had been a change. The perfumes were no longer simple while still featuring a sustainable ingredient. The latest, The 7 Virtues Santal Vanille carries on in this way. 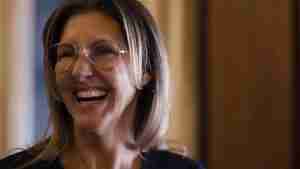 Ms. Stegemann has worked with only two perfumers Julie Pluchet and Angela Stavrevska. I presume one of them is behind this. When I tuned back in two years ago the one, I tried was called Vanilla Woods by Ms. Stavrevska. It was a gourmandy vanilla where the promised woods didn’t really show up. Santal Vanille seems like a reversal of words as Sandalwood Vanilla feels like it is the B-Side to that earlier release. The difference is in this case both ingredients show up.

In the early going the sandalwood takes the lead. This is from sustainable plantations in Sri Lanka. I enjoy this variety of sandalwood for a dryness that comes with it. It generally needs something to figuratively re-hydrate it. Here the ingredient that does that is myrrh. The resin flows into the spaces of this sandalwood adding depth and texture. Now the vanilla comes forward. This is less foodie in effect and more about the sweetness of it. It coaxes out the inherent creaminess of the sandalwood and amplifies it. This becomes an enjoyable abstract of sandalwood until one final ingredient sneaks in over the later stages. The first day I wore this I found myself noticing a change from sweet wood to something like suntan lotion. It is because the listed ingredient of coconut stealthily inserts itself. It makes the late stages kind of beach-like because of it. If you’re not a fan of coconut it is very subtle. This doesn’t even come close to becoming a gourmand.

When you’re ahead of the curve it allows for you to be more innovative when everyone else has caught up. Ms. Stegemann has done this admirably as Santal Vanille proves.

I feel like I’m spending these first few weeks of 2020 catching up to perfume brands I covered before and subsequently lost touch with. At Sniffapalooza, in 2013, I met Barb Stegemann who was starting her new perfume brand; The 7 Virtues. Ms. Stegemann wanted to create a perfume brand using free trade materials from the developing world. In those early days she was focused on Afghanistan and Haiti. The perfumes she featured back then were Orange Blossom and Rose from the former and Vetiver from the latter. Working with perfumer Angela Stavrevska they were nicely constructed soliflores featuring the ethically sourced ingredient on the bottle. I liked them. I admired the ethos of Ms. Stegemann. I forgot about them until the end of last year. That was when I got a sample set called The 7 Virtues Peace Blend Box. Inside I found an evolution of the brand over the five years as these were now fuller constructs then the linear soliflores of the beginning. Within that set the one which captured my attention was Vanilla Woods. Ms. Stegemann collaborating with perfumer Julie Pluchet created a nice fruity floral gourmand. It had sat in my “to be reviewed box” for months. To start 2020 the same team decided to try a different version of fruity floral gourmand. This time The 7 Virtues Blackberry Lily got put on the review schedule.

The sustainable ingredient in the case of Blackberry Lily is the vetiver from Haiti. Instead of using the classic vanilla gourmand ingredient the creative team pairs vetiver and caramel in a surprisingly tasty accord. Before we get there, we go through a thick jammy accord of blackberry supported by a rose exuding the same quality. This is a familiar fruity floral accord done well. It recedes just enough for the green tinted floral of lily to find space. I like the choice here to allow lily to carry the floral piece instead of just expanding the rose into it. The lily wraps the berry in clean floral lines deepened with cedar. Then we get this grassy green vetiver which arises from the lily. Just as those two begin to find a harmony caramel oozes over it all. This is when the woody part of vetiver comes forward. Patchouli adds a chocolate-like complement to the caramel accord. When this all comes together in jam, lily, and caramel it is very nice.

Ms. Stegemann is a brand owner of uncommon drive. I am not sure what made her re-think the types of perfume she wanted to make. It has resulted in something which is evolving to something I am much more interested in like Blackberry Lily.