I read an interesting piece on The NPD Group website called “How the Aspirational Purchase Has Shifted”. The basic thesis of the article is in to the mid-2000’s there was a significant number of consumers who would shell out for a particular set of expensive items in the effort to give off the sense of wealth these brands would impart. The author now hypothesizes that over the last decade or so that has changed. Now it is about finding that great item at a thrift store. The rise of YouTube videos which extol just that shows it to be a particularly enjoyable effort of that Facebook Live group of consumers. The author also believes if you are going to spend you will do it for a “signature item”. These could include an artisanal made leather briefcase or a coat from an obscure designer made to order. They are the pieces which help define the person who has them. They also hope to have them be singular to their circle of friends and family.

As I read through this I could see perfume acting as part of both categories. I still think the popularity of the major design houses in the department store can be ascribed to the aspirational type of consumer. I suspect that the bottle of perfume with Chanel, Dior, Hermes, Cartier, Prada, or Armani on its label is often the only thing from the brand in most homes. It speaks to the power of fragrance to be able to impart the brand aesthetic through scent which the best of these manage to do successfully. 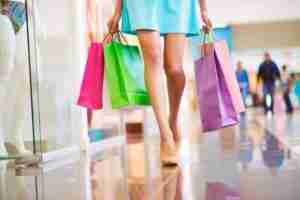 I think the signature purchase has also always been there in those who buy perfume. How many words have been written about finding a “signature fragrance”? I also think it is part of what has driven the expansion of the niche perfume market over the same time the author of The NPD Group article describes as when signature began to win out over aspirational. It has allowed a perfume lover to find a perfume that is not going to be as widely available as those typically found at the mall.

The final thing I realized is there is also a fragrance group which combines both. Chanel Les Exclusifs, Dior La Collection Privee, Hermes Hermessences, Cartier Les Heures, Prada Olfactories, and Armani Prive live in both worlds. The perfumes are often sold in upscale department stores or exclusively in the designer boutiques with price tags multiples greater than the mass-market line.

This allows perfume to inhabit that sweet spot where the Venn diagram of aspirational and signature overlap. It also probably allows it to be that affordable luxury which even the younger generation sees as “worth it” to filling whatever aspect they are looking for from their fragrance purchase. It probably means that fragrance will continue to be a significant part of the beauty economy for years to come.