One of the great collections of inexpensive fragrance is the one created by the twin celebrities Mary-Kate and Ashley Olsen. Starting in 2014 they released pairs of perfumes under the label of Elizabeth & James. Back then when I wrote about it, I mentioned the name came from the ladies’ younger, less famous, siblings. Revisiting that statement in 2021 the distaff side of the name is no longer the less anything to her sisters. Elizabeth Olsen has been a brilliant actor in the streaming series WandaVision. The twins turned out to have their own version of precocious vision as they moved into fashion and fragrance. 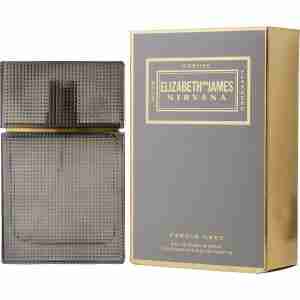 When it came to these perfumes the idea was to design simple easy-to-wear constructs. That isn’t an uncommon target for many modestly priced brands. What always seemed to set this collection apart was the choice of three tightly integrated keynotes. Each of the six releases are designed with this in mind. Elizabeth & James Nirvana French Grey was part of the lest set of two in 2017. Perfumers Nicole Mancini and Linda Song use lavender, neroli, and musk as the trio to build this with.

What all the perfumes do in this collection is to sandwich one multi-faceted ingredient between two others. Using the variability to move back and forth between the two it forms a more dynamic fragrance than you might expect from just three ingredients.

Lavender plays the part of the ingredient with facets. In French Grey it is sandwiched between neroli and musk. The herbal nature of the lavender resonates with the green floral scent of neroli. Early on you get a slightly green floral accord. As the lavender shifts towards the musk it shows off its powdery side. It creates a lightly powdered skin accord. Over the hours it stays on my skin the lavender seemingly pivots back and forth between the neroli and musk until it finally fades.

All six Elizabeth & James fragrances qualify as Discount Diamonds they are that good. Nirvana French Grey is just the best choice for these early spring days. If you are enjoying Elizabeth’s acting, you should see the vision her twin sisters bring to perfume.

I don’t know this for a fact but I suspect that Mary-Kate and Ashley Olsen have been successful because they have a clear vision of their brand. That vision seemingly is not compromised by anything as the women collaborate on a burgeoning fashion empire in which their celebrity is being replaced with a reputation for quality. I think, besides knowing what they want, they also get involved to insure it happens. This has been true for their fragrance brand Elizabeth & James.

The name comes from their other two siblings; the less famous ones. Starting in 2013 they have released two previous pairs of Nirvana scents. The debut pair were Nirvana Black and Nirvana White followed by last year’s Nirvana Bourbon and Nirvana Rose. The brand style has been to feature a tight core of three keynotes. I have found the first four to be some of the best things to be found at Sephora. When I received my new Sephora box and found samples of Nirvana Amethyst and Nirvana French Grey they were the first thing I tried. 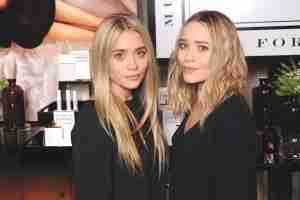 Just as before I found another set of perfumes designed around three simple notes. I didn’t wear French Grey for the time necessary to review it but I found the mixture of lavender, neroli, and musk well done. I mentioned this in my review of Nirvana Bourbon that a simple construction like these fragrances are risky because they will fall apart if there is one part out of balance. French Grey shows the care necessary to pull this off.

Nirvana Amethyst was always going to be the one I gravitated to because tobacco was one of the notes. Honeysuckle and cedar provide a clean floral canvas upon which the rich narcotic tobacco can coat. This is where these notes must be so precisely chosen. The honeysuckle is kept at a medium volume while the cedar is a bit louder to provide a solid foundation. The tobacco is the trickster as it intersperses itself throughout the other two notes. As I focused on the honeysuckle the sweetness of the dried tobacco was apparent. The cedar brought out the darker facets as it contrasted the tobacco. Eventually it is all tobacco over the last couple hours.

I have been unable to find who the perfumers that are behind the Elizabeth & James line; whomever they are they are doing excellent work. The entire Elizabeth & James line of fragrance is one of the very best bang for your buck brands. They are sold in an array of sizes including rollerballs that allow you to buy all six for the price of a normal bottle of another brand. The marketing is as smart as the perfume. I am going to be adding a bottle of Nirvana Amethyst to the other three I own.

Two years ago when I received my samples of Elizabeth & James Nirvana White and Nirvana Black I expected normal celebuscent service to hold. Much to my delight Mary-Kate and Ashley Olsen showed they weren’t slapping their name on a bottle as an afterthought. Both of the debut fragrances showed the effort behind them in being a cut above. Flash forward to the middle of last month when I was asked if I would like samples. “Yes, please” was my answer. I was surprised how excited I was to see if the same attention to care would be evident again. That answer is also yes.

The two new fragrances are Nirvana Rose and Nirvana Bourbon. I didn’t end up wearing Nirvana Rose for review purposes. I can say it is a well-done sprightly rose de mai perfume supported by geranium and vetiver to provide a bit of a green hue to the pretty debutante rose. I think I’m just saturated with rose perfumes this year and there will probably be quite a few who really like this. Nirvana Bourbon was something which cut through the clutter.

One of the clear features of this Elizabeth & James aesthetic is to task their perfumers to balance three notes to form something memorable. This is not easy perfume making. When there are only a few ingredients flaws are more apparent. When it is done right you can look back and realize the perfume needed all three components to be good. I was unable to find out who the perfumers were behind the new releases but it is very clear they again worked with top-notch talent as they did with the first two.

Right from the beginning the vanilla and the tuberose come out to play. The choice here is to allow the tuberose to provide a sensual underpinning to that sweet vanilla. The tuberose takes the confectionary character and turns it sultrier and alluring instead of playful. The oak wraps that seductress up in a strong woody hug. The oak adds in smoky facets which also swirl throughout the composition.

Nirvana Bourbon is going to be the great autumn companion fragrance to Nirvana Black as the weather starts to turn cooler in a few weeks. I am again impressed with the fragrance work coming from The Olsen Twins. There is a real chance for them to create one of the best celebrity perfume collections ever.

Disclosure: This review was based on samples provided by Sephora.

There are times I am just too stubborn. If there is anything which makes me dig my fragrant heels in it is celebrity perfume or as they are called, celebuscents. Too often they are quick creations heavily influenced by focus groups who are asked inane questions like, “Which one of these do you think smells like the name on the bottle?” This is not to say celebuscents are completely devoid of quality just 99% of them. You might glean from this why when I receive a new celebuscent it very quickly gets buried. I think when Elizabeth and James Nirvana White and Nirvana Black appeared in the spring I should have given them more than a cursory sniff. While cleaning up the pile of perfumes I came across my samples again. I guess I was in a more receptive mood and this time they connected.

The template for a successful celebuscent was laid out by actress Sarah Jessica Parker, in 2005, as she collaborated closely with the perfumers behind her fist perfume for Coty, Lovely. Mary-Kate and Ashley Olsen did the same with perfumer Pierre Negrin. It took over two years for them to arrive at a final version which would become Nirvana Black. I would guess that process was a learning experience; because as they were putting the finishing touches on Nirvana Black they decided they wanted a second fragrance to go with it. This time the collaboration with perfumer Honorine Blanc went much quicker and Nirvana Black and Nirvana White were released in January of 2014.

What I like about both of these perfumes is that they are very simple and that simplicity captures the goth boho chic design aesthetic of the Elizabeth and James clothing and accessories. The three note structure of both makes it difficult; for the perfumer needs to make sure those three notes harmonize well together and in this case M. Negrin and Mme Blanc did a tremendous job. 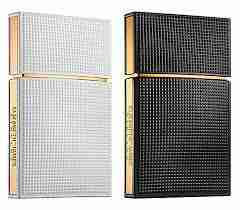 Nirvana White is the more boho of the two as it works with two fresh florals before ending on a beautiful soft musk. The top floral is peony and the peony source Mme Blanc employs is that spring garden fresh floral version. It is uplifting until the other floral, muguet, adds a significant green aspect. Together this is an elementary vernal floral accord. What is not elementary is the cocktail of musks Mme Blanc uses in the base. With white in the name you might expect the laundry-fresh musks but Mme Blanc decides to create an accord that runs the spectrum of synthetic musks. At the end this musk accord has a soft authenticity to it that feels like a bit of an illusion.

Nirvana Black is that boho girl heading out to her favorite Goth club in the evening. M. Negrin also uses primarily three notes for his fragrance but I can see why they took so long to find the right balance. The top note is violet and there are a variety of violets they could have chosen. The one which makes it into the bottle is a rich slightly candied version. It segues smoothly into a sandalwood heart and the synergy they hit is perfect as the candied facets are bolstered by the sweeter nature of sandalwood. Nirvana Black comes to an end with an austere less sweet vanilla.

Mary-Kate and Ashley Olsen are to be commended for taking their time and being uncompromising in getting what they wanted. That dedication shows and it is why Nirvana White and Nirvana Black stand out from the rest of the celebuscent pack.

Disclosure: This review was based on samples provided by Elizabeth and James.