It was only six months ago when I finally tried my first Areej Le Dore perfume. The independent line from perfumer Russian Adam stands out for the quality of the materials he is using. He is personally producing the small quantities which go in each new release. It makes each bottle a one-of-a-kind perfume. I joined in with the set of four new releases in October of 2017. I was impressed enough to acquire samples of the first three released earlier in the year. The style that Russian Adam works within is a dense kaleidoscopic aesthetic full of multiple layers to focus upon. If there was anything I took away from the first seven releases it was because of that multi-layered nature it was what parts the wearer would choose to notice which would describe the fragrance for them.

My primary source of information for the brand has been the blog Kafkaesque. It first exposed the perfumes to me and excited me enough to buy the sample set when the second set was released. Kafkaesque has also been the best source for information about each new release and it is so again as I will write about the new releases.

The latest set of four releases have two which continue an ongoing thread through the three release sets; oud and musk focused perfumes. As Russian Adam is one of the few using authentic musk from the animal source as well as distilling his own ouds it is natural for that to be the case. The other two were more interesting to me on paper because they seemed a bit like departures. Walimah is a self-described “wedding” perfume of Russian Adam’s recent nuptials. The one which had me extremely excited for my samples to arrive was Indolis. 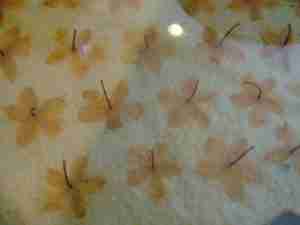 Those of you who have read my reviews over the years know I am an indole fanatic. The more of the filthy skanky stuff I can get from a white flower source the happier I am. Russian Adam promised a perfume “full of indolic Indonesian florals” which read to me as a perfume full of the good stuff. I get all of that.

Indolis pours a foundation of those indolic white flowers. Two sources of jasmine, an absolute, and an enfleurage, are the keynote. Gardenia and neroli provide even more white flower power as they add in their support to this. For the first few minutes the leering floral indolic bouquet greets me with a wicked smile. Just as I get near tendrils of green begin to ensnare me. The single pulsing green vein from neroli intensifies through galbanum and oakmoss. It provides a sharp contrast to the indolic florals. The smile, as it spreads wider, turns to fangs. The first time I wore Indolis I found this part distracting from what it was I wanted more of. Subsequent wearings, because I was ready for it, made it an essential part of the whole. Just as it all seems like things might turn bad the canine smile beckons me into a temple of sandalwood and frankincense. Two different distillations of sandalwood plus a very austere frankincense impart the religious overtones. This is a version of sandalwood and frankincense that sings to my particular senses. As much as I was prepared for the indoles the woody resins are equally something I adore. Very late, many hours later, there is a delicate grace note which comes out which makes me enjoy Indolis even more. Russian Adam speaks of making a green tea extract and lavender extract within the note list. Wearing Indolis late in the day for the first time I detected none of that. The next morning, I woke up with a spot on one of my arms next to my head and in the whispers of all of the intensity of the previous day there was a cup of green tea and a bouquet of lavender to awake to.

Indolis is a perfume which stimulated many of my fragrance pleasure centers; indolic florals, green intensity, church-style incense, and tea. Many of those are problematic to others and they are at such a level in Indolis that I believe they could be too hard to wade through if you’re not fond of them. If you see that list and, like me, are going, “that sounds good” go out and get a sample of Indolis.

I am going to add this note to all reviews of Areej Le Dore because of the singular nature of the materials used by Russian Adam. This review refers to the version of Indolis released in February 2018.