When I first discovered the world of independent perfumery I entered the acquisitional phase where I bought samples of anything which sounded interesting. My guides for this were the internet resources that existed but primarily the blogs. They were going even further afield to find things that were interesting. That still applies today as the bloggers I read still introduce me to something new. One blogger who has been bringing into the light some of the most dedicated indie perfumers is Kafkaesque. After a brief sabbatical Kafkaesque returned a few months ago with a number of series on some lines I had not heard of. The stories on Ensar Oud and Feel Oud illuminated the dedicated artists behind these brands. Kafkaesque shows through these profiles the passion these men have for their fragrances. There are links within the sentences above and I highly encourage a visit to read about these singular creatives. Because there was now a stoked curiosity when Kafkaesque announced that perfumer Russian Adam of Feel Oud was releasing four new perfumes in the Areej Le Dore line I purchased a sample set immediately.

What is so fascinating about perfumers like Russian Adam is they aren’t looking for mainstream success they are only focused on making fragrances you can’t find anywhere else. One way this is achieved is using exquisitely sourced natural materials. This results in small batches of each perfume being made and if there is a second version a particular ingredient might be altered because of availability. To make it clear to future readers all comments here are on the versions released in October 2017. Also all information about the perfumes comes from the Kafkaesque blog. 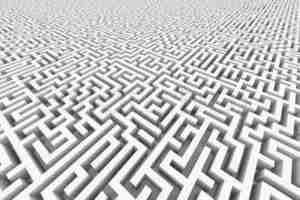 This set of four Areej Le Dore releases remind me of perfumed mazes. Just as I feel as if I am finding a path I am familiar with things shift kaleidoscopically and I’m heading down a different path. This makes this a difficult line of fragrance to review because I am reasonably certain that the density of the architecture allows for different experiences dependent upon which fixtures you focus upon. To bear this out I haven’t read anyone else’s experience who has published online to be the same as mine. (Kafkaesque's review is here) There are similarities but I reiterate that I think it is just because there is so much to experience none of us are up to the task of capturing it all. I’ll end up writing about all of them after the New Year but I wanted to make sure I highlighted my favorite of the four new releases before the end of the year; Flux De Fleur.

Russian Adam has created an interesting take on incense and white flowers. He has ended up creating an incense that evokes the cheap incense sticks sold on the street. These are draped with floral garlands of jasmine and tuberose. Surrounding all of it is the street vendor milieu of a large city in India. 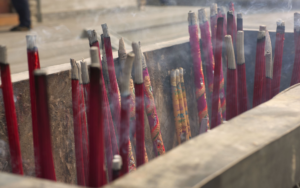 Flux De Fleur opens on a crystalline candied grapefruit paired with incense. When I use “cheap” to describe it what I mean is this is not the typically silvery pure frankincense we usually encounter in high-end fragrances. It is described in the note list as “dissolved green and black frankincense” which has the effect of blurring that precision of high quality incense into something more opaque. With the sweet candied nature of the citrus it is an engaging accord. This also carries more power than my description might suggest. As the jasmine and tuberose begin to appear the incense embraces them wrapping them up in a resinous envelope. From here there is a layering of spices which harmonizes with the incense. As mentioned above Russian Adam works with some amazing sources of oud. For Flux De Fleur he uses a 10-year old Cambodian oud along with Sumatran oud soaked in coconut water. With the florals dominating, the ouds provide a dark almost gourmand layer. It might be the power of suggestion but I swear I catch a whiff of a Mounds candy bar in this phase. The final phase is around a Shamama attar which provides an ambery nucleus for some real musk and castoreum.

This is another of those reviews where my words are inadequate which I will end up saying three more times as I finish all the reviews of the new releases. One thing I want to communicate especially about Flux De Fleur is despite being full of power it is not a “wall of scent” it is more muted than you might suspect reading the above. It is a predominantly white floral incense perfume but the supporting characters are all memorable additions in the time they spend with the main ingredients. Flux de Fleur is magnificent in its depth while not ever becoming overwhelming.