From the moment I read JRR Tolkein’s The Hobbit the written version of epic fantasy is probably my favorite style of literature. The mixture of magic, monsters, heroes, and quests for the magic muffin of power have captivated me for as long as I could read. In the early days it was the covers of the books which would give away what was inside. After Middle-Earth it was Shannara and Earthsea which beckoned me to get lost in their pages. The way I knew they were my kind of books were the covers; all had a similar grandiosity about them with a strategically placed dragon or elf somewhere. I knew what I was getting when I saw that. Perfume names can also have that ability too which is why I was very interested to try Anatole Lebreton Grimoire.

I first became aware of Grimoire as Esxence 2017 was taking place and I was texting those there asking what was good. Grimoire was one of the more frequent answers I received. I spent time waiting for it to become available here. During that time, I acquainted myself with M. Lebreton via his website. There was sentence about his style of perfume-making which particularly caught my attention, “I like it when you feel a heart beating, when it is moving and thrilling, when there’s fantasy and mystery.” This could easily just be the description of Grimoire. 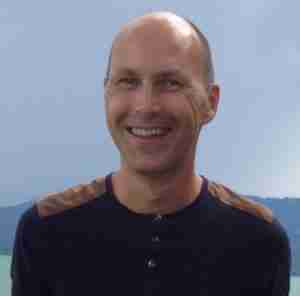 In many of my epic fantasy books there is a grimoire in use by the wizard who can be either hero or villain. A grimoire is a book of spells either to be destroyed or deployed. Grimoire evokes the place where that book might be found. I found myself entering the magician’s study at the top of a spiral staircase every time I wore Grimoire.

As I enter the study I smell the sweaty robes of the sorcerer as cumin billows from his sleeves. I look down on the table in front of him as resins smoke over the spell; olibanum primarily along with elemi providing a contrasting resin beneath the more traditional incense. Green leaves of basil, purple sprigs of lavender, are contained in a box of cedar. This lies atop a mound of earth represented by patchouli. The excitement of the wizard is communicated in waves of musk as the incantation is complete.

M. Lebreton had already fired my imagination, like those earlier book covers. It would have been so easy to be disappointed. Instead I was elated at how much this captured my anticipation. Grimoire is a verdant resinous animalic perfume. It is also Epic Fantasy in a bottle.