One of my favorite early fashion brands was Missoni. During the 1970’s the brightly colored knitwear was among the most popular fashion of the day. Angela Missoni took over from her founder mother Rosita in 1998. The brand has been extremely consistent; in some years being the only reliable splash of color and pattern on the runway. Missoni has also had a very proud perfume tradition. 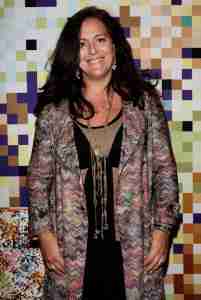 It started in 1981 with their debut fragrance named Missoni composed by Bernard Chant. It was a rich floral chypre. In 2006 perfumer Maurice Roucel would make his version of Missoni as it evolved into a floriental dunked in chocolate. Now in 2015 they are releasing the third Missoni Eau de Parfum. Angela Missoni chose to turn to one of the best young perfumers currently working Quentin Bisch. This iteration is a classic fruity floral. 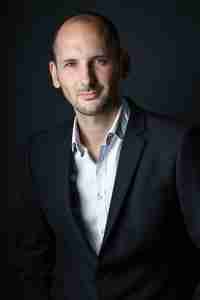 One thing I have admired about M. Bisch, in these early days as a perfumer, as he takes on each new brief he is taking the opportunity to work with every different facet of the exclusive raw materials Givaudan has. In the case of Missoni Eau de Parfum M. Bisch has taken down Petalia and Mahonial. Petalia is an aromachemical which smells like a hybrid of rose and muguet. It has an assertive floral character with the greenness of the muguet providing a bit of counterbalance. Mahonial is the jasmine and muguet counterpart to Petalia. It is these two ingredients which make up the floral heart of Missoni Eau de Parfum.

M. Bisch opens crisply with citron and pear. The citron is tart and the pear adds a snappy fruitiness to that. Fairly rapidly the Petalia and Mahonial arrive. The overriding effect of these two in combination is the jasmine is ascendant. That might be because there is some actual jasmine presence or it might just be Mahonial is more tenacious than Petalia. In any case in Missoni Eau de Parfum it is the jasmine that you will notice at first. The rose and muguet qualities become more apparent as the citron and pear begin to become noticeable again. Once everything began to harmonize on my skin Missoni Eau de Parfum reminded me of the vertical stripes of color characteristic of a Missoni garment. The slash of yellow green for the fruit. A band of pink with a thin band of green underneath. The base note band of brown is all Ambroxan enhanced with some sandalwood and tonka to give it a sweet woody foundation.

I think M. Bisch has assuredly followed in the footsteps of M. Chant and M. Roucel creating a Missoni fragrance which stands as an excellent example of the current times and the fruity floral trend.

Disclosure: This review was based on a sample provided by Missoni.