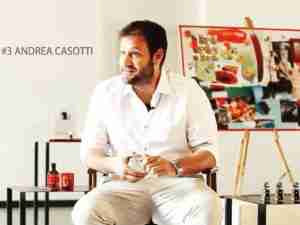 Nature offers up some wonderful contrasts of extremes. None more surprising and ephemeral than snow in the Sahara Desert. It has happened twice in the town known as “The Gateway to the Desert”. Ain Sefra in Algeria. Once in 1979 and again in December of 2016. For the most recent occurance photographer Karim Bouchetata was there to capture it. When you look at the picture below it almost looks like exotic dessert instead of desert. The perfumer behind The House of Oud was inspired to create perfume based on this called Wonderly. 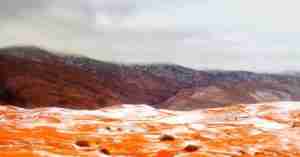 The House of Oud was founded by perfumer Andrea Casotti and Indonesian oud distiller Mohammed Nashi. They released their debut collection in June of 2016. As you might suspect the expertise of M. Nashi in sourcing oud was displayed throughout. Of those initial releases the most intriguing was a limited edition called Crop 2016 featuring a rare green tinted oud from Kalimantan in Borneo. I had never smelled anything like it and Sig. Casotti surrounded it with a “tea in the Sahara” theme which displayed all the uniqueness of the keynote. When I received my sample of Wonderly I was surprised to find a fragrance intent on capturing the dichotomy of snow upon the dunes.

I imagine if I asked many of you to describe a perfume trying to capture the snow and sand combination fruity floral would not be where you might start. When I first tried it on a strip I was initially thinking if this was the best choice to represent the snow. Then I realized the snow in the Sahara is itself an anomaly and a fragrance should look for something anomalous to portray the event.

The fruity top accord is the tart goji berry combined with apricot and almond flower. The accord comes off as a juicy fruity accord with some nutty facets. For Wonderly, Sig. Casotti uses white flowers as his snow; neroli and jasmine primarily. Then in a clever twist a bit of orris is applied underneath to represent the sand beneath the snow. For a long time, it is just the orris pushing against the “snow”; over time a resinous mixture of myrrh, and incense begin to figuratively provide a thawing effect. Sandalwood, vanilla, and the powdery musk Cosmone add the finish as the desert takes its normal place on top.

I like Wonderly because Sig. Casotti didn’t bring a selection of chilly notes to represent the snow but instead took a different tack. The result is as layered as snow in the Sahara.

Disclosure: this review is based on a sample from The House of Oud. 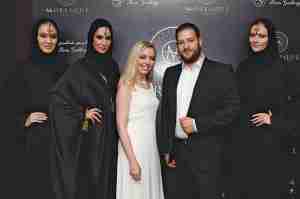