Christopher Chong is one of the most innovative creative directors in perfumery. For the length of his tenure at Amouage he sought to define the edges of modern perfumery. It is why I eagerly await what is next for him. Until then we have his final two perfumes from Amouage to look forward to. The penultimate release Amouage Love Mimosa finds a perfume which embraces some of the most unique synthetic ingredients in combination with similarly versatile natural ingredients. 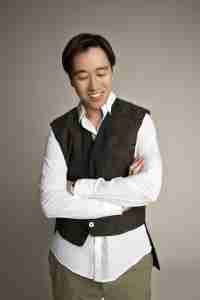 Love Mimosa is the final perfume in the Secret Garden collection. Through the first three releases I remarked on how it was the entryway to the wider Amouage aesthetic. Focusing on lilac, cherry blossom, and tuberose the first three were opulently designed florals carrying gourmand-y twists to match the floral keynote. Love Mimosa is not a floral gourmand instead perfumer Elise Benat was looking to highlight the synergy between some of the most dynamic synthetic ingredients and natural ingredients. Each phase of its development highlights this harmonic. 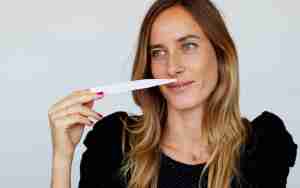 The first phase matches violet leaf and the Calone analog Cascalone. Cascalone was developed by the chemists at Firmenich to remove the melon and low tide facets of the parent molecule. What is left behind is a purer sea spray effect. The violet leaf replaces the melon with a shimmering vegetal green piece of the top accord. This is a cool breeze off the ocean through the grass of the dunes. In the heart the mimosa shows up. In the early going some orris provides amplification to the powdery nature of mimosa. Mme Benat uses the expansiveness of the jasmine-on-steroids synthetic Paradisone to expand that powderiness into an opacity which allows the other half of mimosa to take precedence. That occurs as ylang-ylang brings out the richer slightly animalic quality buried underneath the powder. Ambrox is the synthetic in the base which acts as a late day sunbeam setting the mimosa aglow. The Ambrox is a catalyst to allow the deeper carnality of the mimosa to stand next to the powdery bubble created by the Paradisone.

If the first three Secret Garden scents were meant to entice someone into the Amouage aesthetic; Love mimosa asks them to step more fully into that. Love Mimosa doesn’t feel as much an introductory perfume but a place to go after that. The composition that Mme Benat achieves makes Love Mimosa an ideal fall floral. In one of his final statements, from his position at Amouage, Mr. Chong seems to ask you to come deeper into a different style of perfumery.