The early years of the naughts were a fascinating time for independent perfumery. It was the beginning of what would become a special piece of modern perfumery. Like all new things it drew an eclectic group of entrepreneurs. In that kind of environment it was inevitable that some great perfumes would fail because of inexperience. Dinner By Bobo is one of those stories. 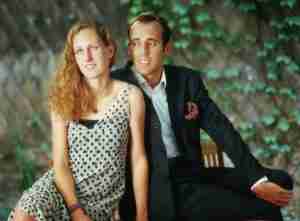 In a lot of ways spouses Anne and Alexis Hardouin-Finez made a lot of the right choices when they started their line, By Bobo. They began by working with perfumer Sylvie Jourdet for their first release in 2002. On the perfume side of the equation they made a great decision to work in the gourmand style. It was a type of perfume which had only just become popular. They correctly believed there was a lot of space for creativity. Dinner By Bobo finds that by adding in a sexy skanky underpinning to all the sweet foodie accords surrounding it. This was the very raison de etre for niche perfumery. To take risks by not smelling like anything else. 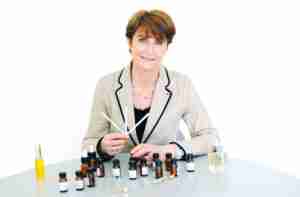 That desire to stand apart is where Mme Jourdet begins by using cumin. This is all the things which makes cumin divisive among perfume lovers. It has that clean human sweat profile. Right next to it is a Holiday fruitcake of intense facets of dried fruits. The balance achieved is remarkable as both accords have equivalent presence, and they go together delightfully. The heart is another interesting exercise in balance. One of my favorite gingerbread accords in all of perfumery is given a sensual twist through ylang-ylang and indolic jasmine. As if a buttery rich gingerbread man is being propositioned by the sexy florals. In the same way that the cumin finds purchase among the fruitcake the skanky florals do the same to the gingerbread. It develops in a slow burn to a base of incense, musk, and patchouli. Continuing the dichotomy of sweet and skanky.

Dinner By Bobo has 12-14 hour longevity and above average sillage.

I treasure my tiny bottle because I own nothing else like it. Almost twenty years on nobody has managed to replicate this balancing act. As to why it ended up in the Dead Letter Office I have been told the name was one reason. A perfume called Dinner By Bobo did not inspire elegant thoughts in consumers. I also think that the early successes of niche perfumery were different but not too different. Dinner By Bobo might have been just different enough to be unable to find an audience. It could even be simpler than that. New entrepreneurs just couldn’t get their perfume in front of enough buyers. I don’t have a definitive answer and parts of all three conjectures might be the truth.

Dinner By Bobo is one of the reasons I see such potential in gourmand perfumes. It shows what a perfumer who is willing to seek balance between the foodie and the sensual can make something gorgeous.