One of the opportunities provided by perfume expos is the chance to reacquaint myself with an older line striking out in a new direction. This was the case at Cosmoprof Las Vegas when Jose Penalba and Lariane Dietrichs took me through the recent Berdoues Collection Grand Cru. The concept is to use a few keynotes to provide a fragrance of a specific geographic location. As I went through the entire collection there were a few which stood out to me one of those was the most recent release Vanira Moorea.

The place this is meant to evoke is the French Polynesian island of Moorea. It is a well-known scuba diver’s location because of the coral reef which surrounds it but it generally lives in the shadow of the bigger more famous Tahiti to its east. Like many of the islands in French Polynesia Moorea has spectacular beaches. The concept behind Vanira Moorea was a beachy vanilla. Creative director Sophie Berdoues worked with perfumer Alexandra Monet on Vanira Moorea. 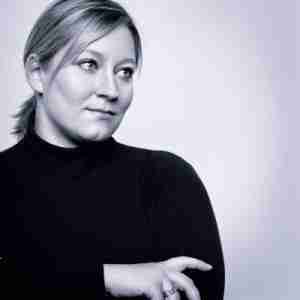 The overall concept behind the Collection Grand Cru is to choose an indigenous material from the locale being used and add only two other notes. This is not soliflore territory the other notes play much more than just a support role in almost all of the perfumes in the collection. In fact, with Vanira Moorea it seems like Mme Monet might have been inspired by the film version of the Oscar & Hammerstein musical South Pacific. 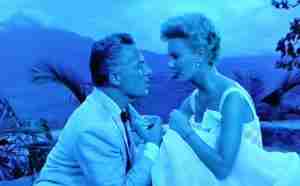 When South Pacific was adapted from Broadway to Hollywood director John Logan wanted to use visual cues for the musical numbers. To that end he employed colored filters on his lenses to saturate these scenes with primary color. Mr. Logan was going for “subtle changes” what he got was something far from subtle. Because the release was on a schedule there was no time to pull it back and so it went out with the over the top version. Critics were not fond of the choice but audiences seemed less fazed as it was the top box office movie for 1958. When I saw it twenty years later I thought the saturation of colors brought other parts of the frame into focus. I had this same experience while wearing Vanira Moorea.

It is probably a misnomer to use the word overdose in a three note composition. Therefore, I will use my colored filter analogy from above. Mme Monet pulls out three very intense primary notes of orange, petitgrain, and vanilla all used in extremis. Just like the colored lenses in South Pacific they are illuminating in their saturation levels.

Mme Monet ushers her players on stage in rapid succession. The sweet sunniness of orange. The bitter bite of petitgrain. The sweetness of vanilla. The one of those three that really exerts its influence is the petitgrain. The lemon is a connection to the orange as citrus in contrast. The greenish lemon zest quality is an effective thread of green running down through the vanilla to provide a nod to the orchid which it comes from. Together all three provide a beachy accord without any of the normal beachy perfume ingredients being necessary. It is a really nice feat of perfumery with only three notes.

Despite my talk of saturation and intensity I wore Vanira Moorea during a heat wave and it never became cloying or irritating in the heat. It stood up well to its tropical origins. If you are looking for a summer weight vanilla and citrus perfume Vanira Moorea should satisfy.

Disclosure: This review was based on samples provided by Berdoues.

Briefs for perfumes can take all forms. They can be abstract paragraphs full of adjectives and nouns with little structure. They can be stories of a time period or a specific place. They can be photographs. The brief is not necessarily the best indicator of the quality of the perfume. Except some of my favorite perfumes of the last few years have some of the simplest inspirations. The new The Different Company Adjatay is one of those. 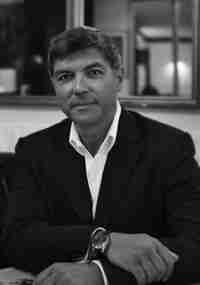 The story of the inspiration comes from owner and creative director Luc Gabriel. After returning from a trip to Grasse he left a tuberose flower in his leather traveling bag. When he returned to his bag a few days later he was greeted with this wonderful combination of leather and tuberose. He thought of it as “cuir narcotique” (narcotic leather). Working with perfumer Alexandra Monet he gave her the task of turning the real-life combination of tuberose and well-worn leather into a perfume.

This is what draws me to Adjatay the brief is simple. The perfume is not simple when it is on my skin. The tuberose is narcotic. The leather does have that sense of being lovingly used over years. In essence it is a give and take between two very obstreperous accords with neither achieving ascendancy and balance maintained throughout.

Adjatay opens with that tuberose bloom. Mme Monet surrounds it with a number of other florals; ylang ylang, jasmine, and heliotrope. Tuberose is one of those difficult to tame raw materials to get the effect you want. Mme Monet uses these other florals to expand on the heady parts while downplaying the indolic qualities. The animalic facets will come from the leather. Which means the tuberose comes at you in ever intensifying waves in the early moments. Then the leather bag fits itself underneath and slams the lid shut enclosing the florals. For a while in the middle part of the development the leather encases the tuberose. Mme Monet used styrax, castoreum, and papyrus as the primary components of her leather accord. It does carry the sense of being a well-loved piece of luggage used often. I can envision the stickers of faraway places on the side of it. This leather accord cannot keep the tuberose down for long and those narcotic waves again build in intensity until precise balance is achieved. Eventually a sandalwood and musk base accord provides a landing pad for Adjatay.

Adjatay has 12-14 hour longevity and above average sillage.

Adjatay was my favorite new perfume at Esxence 2016. The intensity of the tuberose paired with the depth of the leather appealed to me. Adjatay is a simple story told well, in perfumed prose, of packing up your tuberose in a leather suitcase.

Disclosure: This review was based on a sample from The Different Company I received at Esxence 2016.

In the “things which make me feel old” category is the number of perfume brands which are celebrating double-digit anniversaries. It is a wonderful thing that these forerunner brands of artistic perfumery have found their respective audiences and thrived. But I remember when they started just after the new millennium began. It seems like forever ago. The latest brand to remind me of my mortality is The Different Company with their anniversary release, Le 15.

As I wrote in my Perfume 101 piece on The Different Company it has been one of those consistently good producers of perfume for these last 15 years. For this celebratory fragrance Luc Gabriel who has served as CEO and Creative Director for the brand since 2004 collaborated with perfumer Alexandra Monet. M. Gabriel wanted Le 15 to be “a perfume of immortality”. To capture that very grandiose brief Mme Monet chose to use the wood palo santo known for its mystical qualities. If you’re attempting immortality beginning with the wood of the gods is probably a good place to start.

For me one of the hallmarks of a fragrance of The Different Company is minimal amount of ingredients which produce an effect beyond what you might expect. It has been so from Jean-Claude Ellena in the beginning and continues with the current set of perfumers because of the creative direction provided by M. Gabriel. Le 15 fits right into the collection as the palo santo holds the center and it is surrounded by spices and resins.

The opening of Le 15 is an attention getter as Mme Monet mixes citrus and nutmeg in a spicy slap and tickle. It heads straight into the palo santo nucleus which is supported on the woody side by cedar. Mme Monet also uses Hedione to tease out the floral nuances present but the main reason it is present is to provide lift and expansiveness. Once the woodiness has expanded sufficiently Mme Monet slides in sweet myrrh and arid frankincense. The palo santo accord has the feel of a kind of woody incense and so the additional resinous notes fit right in. Later on a selection of skin musks provide the finishing touch.

Le 15 is an extrait de parfum and has 14-16 hour longevity with minimal sillage.

Le 15 is a fitting bookmark for a brand which has produced a few iconic perfumes over the last 15 years. That it comes from a perfumer new to the brand shows M. Gabriel is not stuck in the past but looking towards the future. Le 15 is a beautiful way of moving towards that horizon wrapped in a woody resinous embrace.

Disclosure: This review was based on a sample provided by The Different Company at Pitti Fragranze 2015.

Editor’s Note: The header photo is also from M. Gabriel. I suspect pretty soon he will be designing the bottles.