I’m used to people asking me what perfume I’m wearing. I very rarely ask the same question in return. While I was at a local Holiday party, I was making small talk with a new acquaintance. As he kept moving around, I was catching the scent of a really nice cologne. For a while I tried to see if I could place it as one of the current department store offerings. It had more of a throwback vibe to it for me to think it was that. It was made up of so many of the usual perfume suspects I was pretty sure it wasn’t a niche perfume. He didn’t seem like a guy who would be looking for indie fragrances. He definitely didn’t seem like a DIY fragrance person. I finally had to ask. He told me it was Paul Sebastian PS For Men. 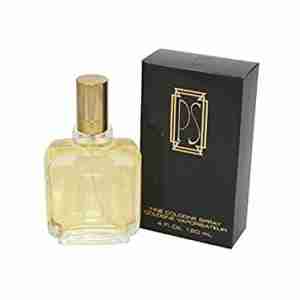 Paul Sebastian is not an actual person. The brand name was created by using the middle names of two guys from New Jersey; Leonard Paul Cuozzo and Alan Sebastian Greco. Mr. Cuozzo lived near the plant of one of the major perfume oil producers. He would find the smaller perfume oil house of Fritzsche, Dodge, & Olcott in an adjacent Jersey town. Over a few years he worked with perfumers there to arrive at a formula which could be produced. This is where Mr. Greco enters the story. He was the business guy. A sales manager for a large national firm he had some ideas on a business plan. With a perfume formula, a business plan, and some seed money they produced their first bottles. Selling them at three local New Jersey men’s stores in 1979. Proximity to New York City must have had other men asking the same question I did. When they got the answer Messrs. Cuozzo and Greco began to expand their production and distribution. One of their early innovations was the “gift with purchase” first with teddy bears then small figurines. It all started with PS For Men.

It is easy to see that Mr. Cuozzo’s creative direction was to oversee a softer Oriental than the other masculine fragrance offerings in the mid-1970’s. As he worked through iterations with the perfumers at Fritzsche, Dodge, & Olcott I can imagine him asking for a lightening up of the style. It is what ends up in the bottle.

It opens with spice swathed lavender; nutmeg and clove predominantly. Those spices help keep the rose from getting too out of control. It is here where PS For Men finds its balancing point as spices and florals swirl around each other. A classic amber, patchouli, and musk base provides the finish.

PS For Men has 8-10 hour longevity and average sillage.

If you’re looking for a lighter Oriental style perfume for the office PS For Men is a great choice. This is not a perfume where you will leave a vapor trail. As I’ve re-introduced myself to my well-hidden bottle, I am impressed at how timeless this feels. It doesn’t have a dated quality to it. This can be found for under $25 in multiple places. Not bad for a couple of guys from Jersey.