There are a few perfumers who always capture my attention no matter what they do. One of those is Alberto Morillas. He has been responsible for some of the greatest mainstream perfumes of the last 30 years. Before I knew who he was I knew him through his perfumes that I owned. In those days knowing who it was who had made the perfume was unheard of. Since 2000 that has changed and it allows M. Morillas the opportunity to be seen as the artist that he is. The overwhelming majority of his perfume making still takes place in the mainstream sector. Except over the past few years he has been making some forays into the niche space. 2016 looked like it was going to come to an end without that happening. Then I received my sample of the new Aedes de Venustas Grenadille D’Afrique. 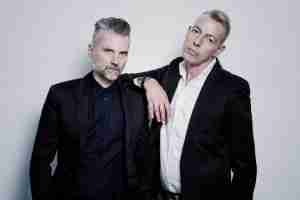 Starting in 2012 the owners of the New York City boutique Aedes de Venustas, Karl Bradl and Robert Gerstner, have been creatively directing a compact collection bearing the store name. Grenadille D’Afrique is the seventh of these. Working with M. Morillas for the second time, after last year’s Palissandre D’Or, they return to woody themes. This time they describe the new perfume as “a tribute to ancient ebony”. While it does get up to that concept, especially in the base, the early going is all modern fougere territory.

The opening is that fougere accord. M. Morillas uses juniper berry, lavender, and violet. They form a gin-tinted set of purple flowers. The violet works to keep the lavender from hewing too close to its herbal nature because the juniper berry surely tries to accentuate this. M. Morillas balances this perfectly as it achieves a contemporary lavender effect. Now that promised ebony wood shows up. M. Morillas mixes some of the cleaner woods, like cedar, with a particularly lively vetiver. That vetiver provides the sappy nature that the creative direction called for making it feel as if the wood is straight from the tree. The final phase is a lilting smoky vanilla over a few musks. It provides a soothing ending to a brisk woody fougere.

Grenadille D’Afrique has 12-14 hour longevity and above average sillage.

Grenadille D’Afrique is a great example of everything I think makes M. Morillas stand out. As a perfumer who has probably made dozens and dozens of fougeres he still manages to find new areas to explore. The final “ebony accord” shows his way at intricately constructed chords. His accords are so layered that they always seem to be subtly in motion while still retaining the overall effect. I am very happy that M. Morillas found his way back to the niche side of the street before the end of the year. Grenadille D’Afrique is another triumph for him.

Disclosure: This review was based on a sample provided by Aedes de Venustas.