I think everyone who becomes a perfume lover goes through the same phases. The most fevered one is after you’ve discovered the internet resources. Once you realize there is more perfume than is what is available at the local mall you start figuring out how to try it. This is the time when many people go from a few bottles to filling a bookshelf with fragrance. When it happened to me, I called it “acquisition phase”. I would read abut a perfume somewhere on the internet and then figure out where I could buy it. This happened in the early 2000’s. Just like finding a favorite musician or artist I would then find a perfumer I liked and wanted to try anything by that perfumer I could get my hands on. The perfume which introduced me to Bertrand Duchaufour has just recently been re-issued; Acqua di Parma Blu Mediterraneo Cipresso di Toscana. 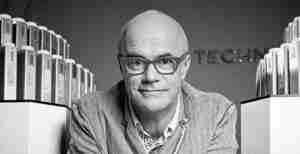 Cipresso di Toscana was the first release for the Blu Mediterraneo collection. I’ll admit the first day I noticed it was because of the blue bottle. Once I finally bought the bottle I was already hooked. It was one of those times where I kept smelling the patch of skin I sprayed the tester on. It has always been one of my favorites in this line and I was sorry to see it discontinued in 2012.It has just returned in time for summer of 2019. What attracted me then still appeals to me today Cipresso di Toscano is a fresh herbal pine fragrance. M. Duchaoufour weaves herbs through a woody matrix.

Cipresso di Toscano opens with a citrus flare of grapefruit and petitgrain. It is a classic citrus top accord. It gives way to a set of herbs as clary sage leads a parade of coriander, rosemary, and basil to surround a deeply resinous pine. This is an exhilarating pine which the herbs make sure to keep that way. The woodiness of the cypress grows through this accord providing a blond wood spine to let these ingredients hang out upon.

Cipresso di Toscana has 12-14 hour longevity and average sillage in its current formulation.

There is only one tiny change I detected when comparing my old bottle with a new sample. There was a touch of oakmoss in the original which I don’t detect in the new version. It was a grace note then and I don’t think it makes the new version significantly different. Which is great because I suspect there are some new perfume neophytes who will be following in my footsteps.

Disclosure: This review is based on a bottle of the original I purchased and a sample of the new version from Sephora.