Anyone who has read my writing knows how excited I get when a new perfumer catches my nose. At the end of 2017 I learned about Mackenzie Reilly with her first perfume release A Lab on Fire California Snow. She showed an uncommon skill to shift from dry to moist through precisely measured accords. I finished that review waiting to see what came next. It’s been more than a year but the release of A Lab on Fire Hossegor is that perfume. 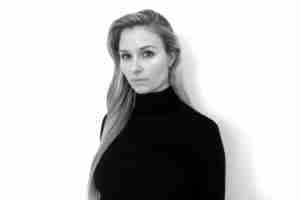 I mention in nearly every A Lab on Fire review that the creative freedom given the perfumers by creative director Carlos Kusubayashi has resulted in some great things. To allow a senior perfumer working on her first commercial releases the opportunity to bring her vision to life in this environment must be a dream for Ms. Reilly. With Hossegor she repays that faith with another perfume of distinct phases. 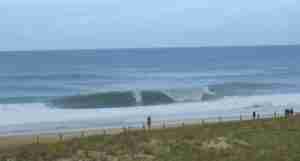 Hossegor is the French surf town in the southern part where the waves from the Bay of Biscay provide a mecca. Ms. Reilly wanted to capture this sense of the coastal surf village. Her vision is of walking through a forest to reach the beach. As you stand at the interface of sand and trees the waves beckon you with an aquatic come-on. You dive in watching the horizon for a swell to ride. As she did in California Snow everything I described is realized as Hossegor develops.

It starts in that seaside forest. Ms. Reilly uses as the source of her pine tree scent the resin known as lentisque. It has a pine-like smell with resinous diffusion. It isn’t sharp, it is soft. Juniper berry is used to further add some tone to the pine-y top accord. As you emerge from the forest the smell of the ocean arrives with the bite of black pepper on the breeze. This turns the overall scent into a resinous aquatic. It turns subtly as olibanum and clary sage pick up on the resin and spice. The base does the same kind of switch from arid to moist as you get closer to the water. Ms. Reilly assembles an accord of mineralic ingredients to capture the water-soaked rocks. There is the breeze of white musks off those rock walls bringing a tiny thread of green from the moss. Time to stop looking and dive in.

Hossegor is a fascinating perfume of different emotional moments stitched together through the intelligent use of precise materials. I said I couldn’t wait to see what was next for Ms. Reilly; thanks to Mr. Kusubayashi her precocious talent was set free on a surf beach in France.

Disclosure: This review is based upon a sample provided by A Lab on Fire.