One of the more famous unicorns in perfumery is 1998’s Le Feu d’Issey. It is such an original fragrant statement it has become mythological in its reputation. I think it is one of the great perfumes because it used coconut milk and milk as accords to build upon. There has been nothing like it since it was discontinued. That doesn’t mean those of us who admire it aren’t hoping for another audacious attempt at something different. Which puts an unrealistic burden on each new release from Issey Miyake especially if one of the ingredients says “milk”. The new A Drop d’Issey tries to live up to the past.

Another thing I want to mention is Issey Miyake has been a brand which has regularly taken more risks with their spring floral releases. In 2009 A Scent by Issey Miyake was a great green perfume around jasmine. All of this is introduction to another perfume which chooses to take an alternative path than either of these. 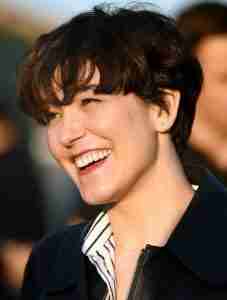 Perfumer Ane Ayo builds A Drop d’Issey around lilac. It is one of my favorite spring florals which does not get used enough. Ms. Ayo works on a transparent palette creating an exceptional example of the floral gourmand style.

It opens with that powdery delicate green of lilac. It flits in and out as other pieces form around it. A creamy almond is given some sweetness through orange blossom. An equally creamy jasmine finds star anise providing an herbal licorice contrast. Through the early going it is that anise which is the linchpin to everything. It melds the creaminess and the flowers in licorice whip stitching. Vanilla now is carried in on a carpet of ambrox. The latter could have been just a little lighter because it does overwrite some of the early nuances once it shows up. What is left is still good but you lose some of the fine detail.

A Drop d’Issey has 10-12 hour longevity and average sillage.

This is the best of the mainstream spring florals I’ve tried this year. It is going to be great for anyone looking for something new for the upcoming warmer days. It also shows Issey Miyake is still taking bold chances on its own path. What is left for people like me is to stop making comparisons and get the Feu out of town.

Disclosure: This review is based on a sample supplied by Macy’s.