As always, on this last day of 2017 I look forward to some things I hope happen next year.

Who is ready for Perfumer Two-in-One?

Can I get two for one?- Last year I started out asking for Vero Kern to release something new. (She did) 2017 was a bumper crop from my favorite indie perfumers. One thing I have noticed is when they infrequently collaborate there has been some real magic. Bruno Fazzolari and Antonio Gardoni on Cadavre Exquis or Sam Rader and Josh Meyer on Dasein Winter Nights are my best examples of how this works. Both of those were 2016. For 2018 I’d like to see a couple new collaborations as creative as the 2016 ones. 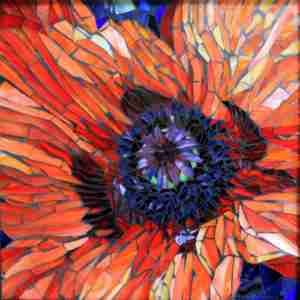 Mosaic by Carl and Sandra Bryant of Showcase Mosaics

A Masterpiece of Deconstruction– 2017 saw deconstruction become all the rage except I felt it mostly missed the potential. With all the isolates of the most familiar perfume ingredients available. There is a perfumer who can produce something which adds the figurative olfactory grout within the deconstructed note to create something we haven’t seen before. There has been some tiptoeing up to this, but I need a few of the resident risk takers to embrace this. As much to make deconstructed meaningful; not just a synonym for transparent and safe. 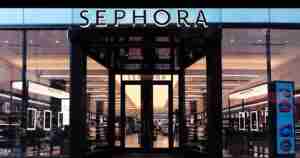 The Pied Piper of Niche?

Keep expanding niche….everywhere– I have been excited to see consumers reacting to the difference between niche and mainstream perfumes. Much of this is happening because Sephora has steadily been increasing their offerings. Paired with this they have been featuring smaller brands which maybe aren’t niche but which are different than the big brands near them on the shelf. It seemed to me just in my local malls Sephora displayed a lot of niche brands for Holiday shopping season. If the sales bear it out this could be my long hoped-for bridge to the mainstream consumer. I’ve always believed if they are side-by-side a consumer can decide if they see a difference. I hope 2018 gives more consumers the chance to do this.

If just a couple beauty editors would do this

I want a crossover indie perfume– There are times I wonder if I am just part of a perfume lovers’ echo chamber. When I get that way an e-mail or two from someone who tried something new shows up to remind me that the word sometimes escapes the chamber. Tauer L’Air du Desert Marocain was the perfume which shone the big media spotlight on the independent perfumers. Since then the number of people doing it has skyrocketed but none of the perfumes themselves have found the same celebrity. The perfumers can just keep doing the great work they continue to do. This wish is up to a beauty editor, or two, at a big magazine to look outside the samples from the big brands and open their eyes.

As we enter 2018 I want to wish everyone who spends a little of their time reading Colognoisseur a Healthy and Happy New Year. I’m ready to see what surprises and perfumes 2018 will bring.