One of my favorite things in music is when a true pop song is re-interpreted by a different artist. When it is done well it can open up an entirely new way of listening to the lyrics and melody. One of my favorite examples of this was when the indie band Aztec Camera did their version of Van Halen’s “Jump” off of their “1984” album of the same year. “Jump” was a massive hit and the first number one song for Van Halen. It was a raucous rock anthem. Aztec Camera took that song and slowed it down into something plaintive. When it hits the chorus and the couplet; “I ain’t the worst that you’ve seen/Ah, don’t you know what I mean?’ It goes straight from party song to cautionary tale. It is evidence that lyrics can be turned into something entirely different if orchestrated and sung in a polar opposite style of the original. 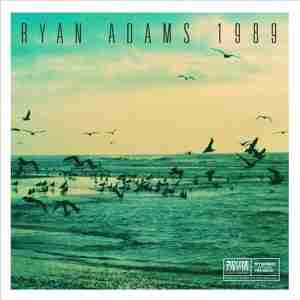 These kind of songs are usually one-offs and b-sides. The Aztec Camera version of “Jump” was a b-side to the now long-forgotten single. One of the things on high rotation on my iTunes right now is an entire re-interpretation of the biggest pop album of 2015.

You can’t escape Taylor Swift and her current album “1989”. She has grabbed the pop music industry by the scruff of the neck and produced an album which will be one of those which define a year and perhaps a decade. It is music done by someone who has honed her songwriting skills expertly over the past few years. Then it is turned into the sound of a young twentysomething exuberantly singing about her life, good and bad. One of the things I don’t think Ms. Swift gets enough credit for is her songwriting skills. It is easy to brush it off as pop pablum buried under bombastic arrangements. 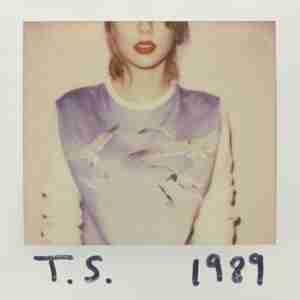 Ryan Adams has been an independent singer songwriter for as many years as Ms. Swift has been alive. While he was on tour he was playing some of the songs from “1989” on his acoustic guitar while in between shows. That led him to a realization about how good lyrically they were. This would further lead him to covering the entire “1989” album and releasing it a month ago. Just like Aztec Camera before him Mr. Adams turns these lyrics into something entirely different. If Ms. Swift is looking upwards at life in her 20’s Mr. Adams is looking back on those days wistfully. His version of “1989” carries the melancholy of someone firmly in mid-life and revisiting that time in his life.

Nowhere is that more evident on Mr. Adams version of “Shake it Off”. Instead of Ms. Swift’s defiance to “shake, shake, shake it off”. Mr. Adams provides the counterpoint about how long are the “haters gonna hate” and maybe he’s exhausted at having to “shake it off”.  It is sung in a weary tone from someone who has tired of all of it.

“Wildest Dreams” is my favorite song on Mr. Adams version because it shares the same desire that Ms. Swift’s version does. Both the twentysomething and the fortysomething still want to find the passion that dreams are made of. Both versions are pretty much the same tempo but the difference in the vocals bring home where these two singers are at in their lives.

I think both versions of “1989” are great. My current playlist is alternating Ms. Swift’s version with Mr. Adams’ version. It has the power to remind me of the best of being in my 20’s and my 40’s.