One of the best things about having my own blog is the e-mails I receive. Many of them are nice tales of how a particular perfume has enhanced some part of their life. Many others are questions about whether I think this fragrance is good for a man, or a woman. Will it be good in the summer/winter/fall/spring? In the nearly two years since I started Colognoisseur I haven’t had a piece provoke a number of e-mails claiming I am missing something until I did my abbreviated dismissive reviews of the new Serge Lutens Section D’Or releases. I received almost a dozen e-mails all with a variation on the theme that I am missing the grand theme M. Lutens is attempting with not only Section D’Or but the other recent releases which I’ve also been unhappy with. The one-on-one discussions were good enough that I thought I’d address that core issue.

It was sometime around 2000 when I was gifted a sample of Ambre Sultan. There are these wonderful moments when I discover a new perfume brand that I like. The complexity on display was unlike anything else I had smelled. I would work through obtaining the rest of the collection over the next few years. Once bell jars had been brought back from Paris and I had them all I realized what an artistically diverse collection they were. To this day I return to certain touchstones within those early fragrances as baselines to compare new releases against. Only the very best are able to stand up to that comparison favorably. So at this point I would say I was in sync with the artistic vision of M. Lutens. 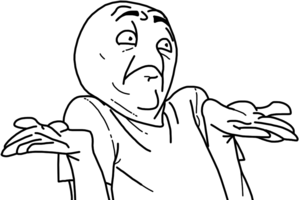 At least for my tastes the first sign things were changing in M. Lutens vision came with the release of L’Eau Serge Lutens in 2010. This wasn’t the first release I didn’t care for, Miel de Bois gets that honor. It was that L’Eau was so light and inconsequential. When I read this was coming I thought to myself, “Now we will see what crisp clean aquatic can be at its best.” It didn’t hold my interest but there is no brand which does that from A to Z. I forgot about L’Eau Serge Lutens because another string of excellent releases followed. Which reached a personal crescendo with the over-the-top rose of La Fille de Berlin. At this point in time I would say I was ready to build a shrine to M. Lutens, so I would say I still enjoyed his vision.

The next two releases of La Vierge de Fer and L’Orpheline I did not get. The felt like extensions of the themes explored in the L’Eaux series. Except now they went across the line to nearly unwearable. When wearing them prior to reviewing them I had to use a cosmetic wipe to remove them when I got home because they had become annoying to my senses. In my reviews I mentioned that M. Lutens move to the sunny side of the street had left me in the shadows wondering what happened. I freely admit the vision behind all of these was not shared by me.

Which brings us to the Section D’Or. These should have been exactly what I was looking for but for the first time when it came to Serge Lutens all six felt derivative and in the case of a couple poorly designed. One of my correspondents pointed out to me my love of great raw materials and felt these all displayed that in simple constructs. I retried them on the strip and one of things which put me off is in each case there is either a note which provides active dissonance or the raw material is not that special.

The most active give-and-take I had with my correspondents was over the concept that I was pre-disposed to not liking them because I want M. Lutens to stay mired in his past and to not evolve. That is the one which provoked some soul searching and caused me to write all of this out. As I mentioned above I have not enjoyed the new direction but Section D’Or should have been something I could find one to make my own. After all of this I have decided a couple of things. First, for now I won’t review a new Serge Lutens release unless I absolutely like it. I am not at my happiest when writing negative thoughts about different perfume brands I admire. One of the reasons Colognoisseur is mostly about the things I like is because those are the things which make me happiest when sitting at the key board. If you know there is a new Serge Lutens release and there is nothing to be found here on it you can safely assume I feel similarly as I have about the recent releases. Second, I think I do want to live in the past when it comes to Serge Lutens. There are so many of those perfumes which resonate with me. I clearly don’t share the current vision so there is no need for me to continue to hammer that point. There are still things worth writing about in those previous releases and now might be the time to start thinking about those perspectives.

Finally, I want to thank my correspondents who provoked some thought without rancor. I had a number of well-thought out points which were explained with passion but not unproductive emotion. I am keeping your names anonymous for the time being because I suspect if you wanted this to take place in public you would have used the comments.