There are times when I get a sneak preview of an upcoming fragrance from a perfumer that I just count the days until it is released. When I was at Pitti Fragranze last September Pierre Guillaume showed me his idea of a fun in the sun perfume. I sprayed a little on that day and it was easily one of the best things at the entire expo but it wasn’t to be released yet. Flash forward seven months to Esxence and the same sequence as the perfume now had a name Mojito Chypre and it would be the fifth fragrance released in Collection Croisiere. My waiting is over and Mojito Chypre has now been released.

Having grown up in South Florida musician Jimmy Buffet was a Native Son and Partier-in-Chief especially in the Florida Keys where we had a weekend place. There were way too many nights we sang at the top of our lungs, “wasting away in Margaritaville!” with Mr. Buffett. There was a smell to warm liquor infused nights on the outside deck. Mojito Chypre captures that sense of carefree fun except the drink of choice is the rum and mint concoction called a mojito. M. Guillaume adds in a strawberry to his perfumed cocktail which definitely makes everything even more fun. 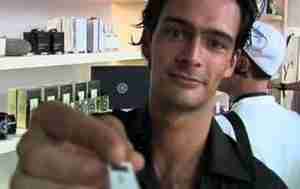 The first half of Mojito Chypre is that party. The rum is flowing the lime, mint, and strawberry are being muddled and releasing their flavors along with their scents. There are so many boring strawberry-themed mass-market perfumes out there. I want to grab them by the collar and have them smell this and see how it is done. There is never any moment in the opening hours, when the mojitos are flowing, when this perfume becomes too sweet, too fruity, or too much. M. Guillaume has mixed a perfect cocktail. If Mojito Chypre was just this it would be wonderful. M. Guillaume does not forget the second half of the name and there is this moment when the bottles are empty and you’re just left with the smell of late night woods and water. That is represented by a shift to patchouli and veitver as they provide the foundation for the oakmoss to rest upon. All together it makes for an excellent chypre accord. Just to make sure all the fun hasn’t disappeared M. Guillaume adds a bit of vanilla as a reminder there was a party going on here.

Mojito Chypre has 10-12 hour longevity with above average sillage.

I’m having a lot of fun describing Mojito Chypre with lighthearted terms. What I don’t want to get lost is what an accomplished perfume this is from M. Guillaume. There were so many ways this could have gone wrong. Instead it has gone deliriously right. I know I will be humming a lot to myself this summer, “wasting away in mojitoville” as I wear Mojito Chypre. 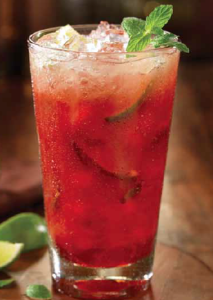 As a special bonus those who read my The Sunday Magazine column know I like making cocktails. This seems like the place to share my Strawberry Mojito recipe.

In a large glass place squeeze the lines and place the limes in the glass. Add in the sliced strawberries, and the mint. Use a muddler to crush all of them together. Add in ice, the rum and the club soda and give it a stir.

Disclosure: this review was based on a sample provided by Pierre Guillaume.