Art has many reasons for being. One of them is to provoke. There are pieces of art which cause the viewer to confront their beliefs. In every form of art you can name a critical piece which has provocation as one of its aims. Through the emotional response generated it allows for the person to ask themselves where their boundaries lie for the art form. It can also ask you to look more closely at something you would normally avoid.

If you believe perfume is an art form, then it can’t just be about smelling pretty. It must be about more than that. When Creative Director Etienne de Swardt created his brand Etat Libre d’Orange he decided to give modern perfumery that opportunity.

The perfume is called Secretions Magnifiques. M. de Swardt and perfumer Antoine Lie set out to make a perfume few would like. That doesn’t mean this is a poorly made chaotic mess. It is the opposite. Secretions Magnifique is one of the most precisely created perfumes I own. What makes it potentially unlikeable is what it chooses to focus on, bodily fluids. Not just bodily fluids but the ones which do not smell pretty. As all perfume it was meant to mimic something real. It succeeds brilliantly even if you might want to avoid it. 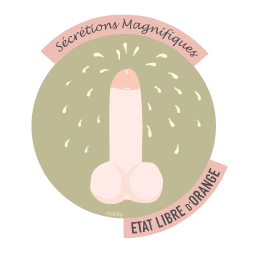 The perfume opens with a mixture of aldehydes, iodine, and seaweed. This is a harsh opening which asks the wearer from the first second to evaluate their idea of perfume. This turns out to represent the salty base which exists at the foundation of all the fluids they want to capture. Combined with some ozonic notes you get the spine-chilling buzz of adrenaline. Copper scents the blood oozing out. A sour milk accord is followed by a stale sperm. It all is regurgitated in a spill of bile. It is as if you have been accosted by your perfume. You ask yourself questions about fragrance you never thought you would ask. Brilliantly over the final stages powdery iris and sandalwood bring you back to where many other perfumes end. This time the journey asked more of you.

Trying Secretions Magnifiques is a ritual for many. There are numerous online videos full of people making faces as they try it for the first time. I was no different. Except I realized I needed to own a bottle because this was perfume which asked me to look beyond smelling good. It asked me to consider the potential of perfume to exist in the same way as any other art form.