Part of this challenge is also to think of visual art which is associated with scent. The painting “Fumee d’ambre gris” by artist John Singer Sargent does that.

Living in Boston for 18 years I first learned of Mr. Sargent through the murals that seemed to be all over the area. I was surprised to learn that he wasn’t a New Englander. That even though he was born to American parents he spent most of his life overseas. I first ran into this specific piece of art when I was living in Connecticut. I had a good friend who loved taking day trips to The Clark Art Institute Museum just a short drive north from us. I tagged along one day on his trip to The Clark only to be drawn to this painting. 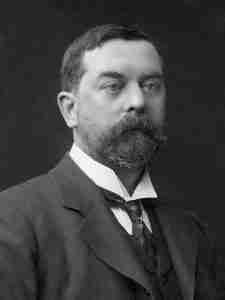 In the hush of the museum I appreciated the skill of using different shades of white to create most of the effect. I would later learn the technique is to add just a tiny bit of color to create the shading. At the time I first saw this I was just getting into perfume. I was probably wearing either Calvin Klein Obsession for Men or Estee Lauder Metropolis. I didn’t make the connection to the ambergris in the brazier and the scent I was wearing. The next time I would be standing in front of it that was almost all I could think of.

My appreciation of the scent connection came through my association with Editor-in-Chief of CaFleureBon, Michelyn Camen. One thing that blog is known for is her exquisite art direction. On a near daily basis she adds art to the words. She used “Fumee d’ambre gris” as an illustration of an Oriental perfume. Almost thirty years later I looked again with my nose and eyes in concert. I needed to visit it again.

I convinced Mrs. C we should go for a drive one summer day. I suggested visiting The Clark might be a fun time. She agreed and off we went. This time I was drawn more deeply into the subject of the painting over the technique. 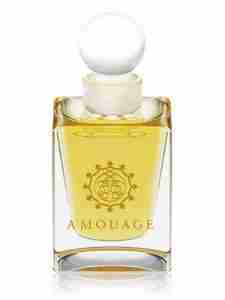 I have always enjoyed the etymology of the word perfume. it comes from the Latin phrase “per fumus” which translates to “through smoke”. Here was a depiction of scent through smoke. A literal version of per fumus.

I was also drawn into who is the person in the paining. When I first saw it, I thought this was a nun of some religious order. Upon returning to it I realized this was a woman applying her scent of the day. As she stands above it the swirls of smoking ambergris are captured within her clothing. It is a person who wants to smell different. Which is what all of us who love perfume desire. The idea of standing close by as fragrant smoke envelops me sounds great.

This time I know exactly what perfume I was wearing. It was its acquisition which sent me on this trip because it reminded me of the painting. I had just received a bottle of Amouage Amber Attar. This is one of the treasured attars of the brand I own. It smells like nothing else. Even the liquid clings to the stopper with a noticeable viscosity.

This time I stood in front of this masterpiece fully engaged through sight and scent. Standing at a sensory intersection where life is at its most beautiful.