One of the reasons I have enjoyed writing these pieces is because it allows me to access my earliest connections to scent. I think I was drawn to what my nose detected in the world before I ever wore a perfume. If there is a through line from these it is my childhood experience informs my adult perception of a specific ingredient. I always write about how I think of vanilla as a comforting odor. It can give me an inner warmth which is particularly appealing in these winter months. I was thinking back to whether there was something which set this association in my head. A local baker gave my brain the nudge it needed to allow me to remember.

Out here in farm country we have a lot of small-batch bakers. It is one of the things I have grown to appreciate about living here. We made an order of treats from our favorite. Inside were these white glazed cookies. I asked her what they were, she called them “super vanilla drops”. Right there my brain got a cue. As I brought one to my mouth that took me the rest of the way. 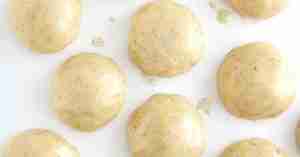 When I was seven my paternal Grandmother came to live with us. I loved having Gaga in the house. Through her I learned a love of reading as I would read to her before she would go to sleep. We also baked together.

We were blessed by a neighborhood Cuban-American market which had an extensive spice section. Whenever it was baking time we would walk down. Gaga and Sr. Lopez the store owner would consult over what he had in stock. There was a day when he held up a glass tube of gnarly brown strands. I thought they looked like dried up baby snakes. My grandmother broke into a smile and haggled a price for a few of them. As we walked home, I asked her what they were. She told me they were vanilla pods and it was unusual to get them. There was a recipe she had been wanting to use them in.

As we got set up in the kitchen, she took a sharp knife to the pods scraping out the insides with the point. She then diluted it down and it was then the room filled with the smell of vanilla. She strained out the seeds and we used the extract in the making of vanilla drop cookies. The seeds would be incorporated into the glaze we dipped them in.

I don’t remember ever making them again, but the smell of the fresh vanilla was enveloping. It was a scented embrace of my grandmother. I was safe and warm with Gaga which is what vanilla takes me back to.