There are some widely held ideas out on the interwebs and some of them even came from before we had this worldwide connectivity. For some of these I am going to become an olfactory version of Adam Savage and Jamie Hyneman television’s Mythbusters. Imagine I have replaced my regular fedora with a beret like Jamie’s and off we go.

As a research chemist one of the funniest things I have heard over the years from Sales Associates after applying perfume to the wrist pulse points, “Don’t rub your wrists together you’ll bruise the molecules.” Now I know most people have a natural reticence when it comes to chemistry and all those atoms and molecules. Certainly the frequency with which I am greeted with “I hated chemistry in school.” when I tell people I’m a chemist lets me know the majority aren’t so jazzed to know about the molecules in their everyday life. So when you’re told that rubbing your wrists together somehow hurts the molecules some can think, maybe it could be true. The main reason that people have believed this to be true is that when you rub your wrists together you are changing a couple of things about the way the perfume is meant to be experienced but trust me you’re not bruising the molecules, you’re not even making them uncomfortable.

If you wanted to bruise a molecule what you’re really saying is you want to break the bonds between the atoms that make up that molecule. When I want to do that in the laboratory it takes energy, actually it relatively takes a lot of energy. I have to use heat, other chemicals, ultraviolet light, even microwaves sometimes; to break open a molecular bond so that it is available to react with another molecule. The amount of friction you would have to apply by rubbing your wrists together would probably damage your skin before the first molecule even felt a little queasy. 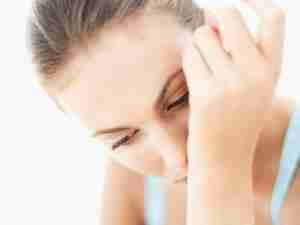 Why this myth persists is that the perfume does develop differently when you rub your wrists together but it has nothing to do with molecular mauling. It has more to do with the physical effect of evaporation.

The perfume pyramid in a very, very basic way is just an arrangement of molecules with different evaporation rates. The term for that is called vapor pressure. Vapor pressure is reported in Pascals abbreviated Pa. To give you some idea of the ranges of vapor pressure; the molecule which makes up antifreeze, ethylene glycol, has a vapor pressure of 500Pa; water’s is 2300, and the propane gas in your gas grill 1,013,000 Pa. The higher the number the faster it evaporates. This is the basis for arranging notes from top to heart to base as differing vapor pressures means notes like aldehydes which have vapor pressures in the 10,000’s fly off first and the big synthetic molecules like Iso E super generally have vapor pressures in the 1,000’s. Now this is a simplistic comparison and the molecules which are used in perfumery also have other qualities which can make them persist a little longer than straight vapor pressure. For the purpose of this discussion the notes in perfume evaporate at different rates which form the development of a perfume on your skin. 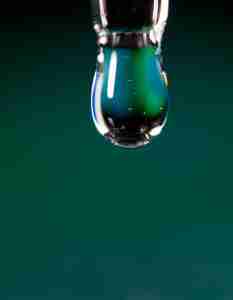 When and how you apply perfume will have a very large effect on how this evaporation occurs. If you add a single drop to each wrist it is in a concentrated spot and the evaporation will take place slower causing a slightly longer development of the perfume on your wrist. Now when you take your wrists and rub them together taking that drop and smearing it into a thin film you are now speeding up the evaporation much as when you spread out water when you mop the floor. A thin widely applied film evaporates much quicker. So as you rub your wrists together the combination of body heat and dispersion makes, especially the top notes, evaporate all that much quicker.

The molecules aren’t so much bruised as excited to get out into the atmosphere a lot quicker now that you’ve made it easier for them to escape. The difference in the way a perfume smells when applying to a wrist and rubbing has nothing to do with brutalizing the molecules.

So if you’ve refrained from rubbing your wrists together because you think you're abusing the poor molecules in your perfume don’t worry they are fine. The only thing you do when you rub your wrists together is alter the evaporation profile in favor of the lower vapor pressure components. Which if you aren’t fond of the top notes of a particular fragrance might be a benefit.

So much as Hannibal Lecter asked of Clarice Starling at the end of “The Silence of the Lambs” I hope you no longer hear the cries of the molecules the next time you rub your perfumed wrists together.

4 thoughts on “Perfume Mythbusters: The Silence of the Molecules”