There are very few perfume brands which span the history of modern perfumery. If asked, I am pretty sure most of you reading this could name the usual suspects. I would be surprised if more than a few of you thought of Penhaligon’s.

Penhaligon’s is one of the original perfume brands from England. Started in 1872 by barber William Penhaligon his first scent was called Hammam Bouquet to reflect the hammam which was next door. The line would last for almost 100 years until in 1976 it started creating new releases again. Sheila Pickles would begin the revitalization of Penhaligon’s overseeing the creative direction from 1976- 1999. Current creative director Nathalie Vinciguerra took over in 2008. Both of these women made sure Penhaligon’s continued to evolve throughout the years. It is an underrated brand. If you have never tried them here are the five I would suggest you begin with.

Hammam Bouquet is where Penhaligon’s began but it is the third release Blenheim Bouquet which I think is better. Wiiliam Penhaligon uses lemon and lavender in what would define that as a classic combination. The use of black pepper was way ahead of its time. It would be nearly a century before it showed up prevalently. Here it is an accent note to the woody pine and a few other spices. This is a perfume from 1902 which has no problem being relevant in 2016.

In 1999 Love Potion No. 9 for Men would provide a counterpoint to Blenheim Bouquet. Perfumer Christian Provenzano designed a spice-laden soft Oriental. It opens with rosewood and citrus underpinned with some green. The heart is where cardamom, clove, cinnamon, nutmeg, and rosemary form a downy soft spicy core. The base is all warm amber, sandalwood and patchouli. In an era when the masculine oriental was on trend this was, and still is, one of the best. 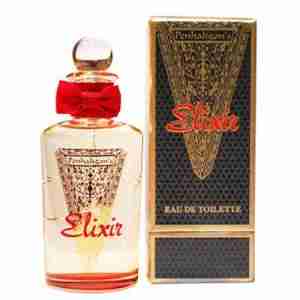 One hallmark of Ms. Vinciguerra’s creative influence was she brought some of the best perfumers working to create at Penhaligon’s the next three choices reflect that.

Elixir, released in 2008, was created by perfumer Olivia Giacobetti. It seems unlike most of what Mme Giacobetti was releasing around this time. I think it is why Elixir appeals to me so much. She works in three distinct phases. Top is a spicy mix enhanced with a pinch of eucalyptus. One of my favorite opening to any of Mme Giacobetti’s perfumes. A lilting floral intermezzo of orange blossom leads to a base of incense, sandalwood, and vanilla. One of my favorite perfumes for colder weather.

When you think of English products perfume may not be high on the list but tailoring and men’s suits surely is. Perfumer Bertrand Duchaufour captures the smell of a Savile Row tailor expertly in 2010’s Sartorial. M. Duchaufour moves from accord to accord capturing the smell of the fabric, the leather of the showroom, and the steam of the iron. A fragrant still life of the tailor’s milieu.

A ballet studio might not be seen as especially English either. Perfumer Alberto Morillas in 2013’s Iris Prima uses Hedione and Paradisone to create an expansive jasmine heartbeat around which orris, leather, and sandalwood finish the fragrance. One of my favorite perfumes of the last few years.

If you’ve resisted trying Penhaligon’s because you thought it might be old fashioned let these five try to change that opinion.

One thought on “Penhaligon’s 101- Five to Get You Started”