One of the things 2014 is going to be remembered for is the number of different places which fostered perfumes. Victor Wong of Toronto,Canada is a good example of this. After staying at a hotel and becoming enamored of their bath products he threw himself headlong into studying perfume and how that scent came to be. Earlier this year that led him to found Zoologist Perfumes. Mr. Wong would ask two very different independent perfumers, Chris Bartlett and Paul Kiler, to help him realize his vision of his first three perfumes: Beaver, Panda, and Rhinoceros.

As you can tell by the name of the perfumes and the brand itself Mr. Wong wanted to create animal inspired perfumes but with the added degree of difficulty of using no animal-derived products. This posed a challenge to both Mr. Bartlett and Mr. Kiler. I can say both found ingenious solutions to the restriction placed upon them. 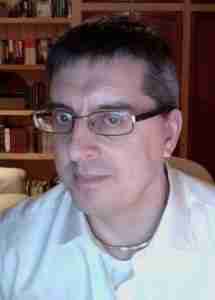 Beaver was signed by Mr. Bartlett whose own line of perfume is called Pell Wall. There is a line on that website that describes his creations as, “fragrances that some people will love, rather than perfumes everyone will like.” Beaver lives up to that motto as in consultation with Mr. Wong they wanted to capture the smell of the beaver lodge. The remains of the smell of the animal itself among the trees used to build the lodge. In most cases Mr. Bartlett would just reach for the actual raw ingredient from a beaver, castoreum, and go from there. This time he had to create a castoreum accord. This results in a truly fascinating beast which is completely animalic but it has a bit of complexity and flexibility real castoreum just doesn’t have.  A matador-like bit of citrus reveals linden underneath. The castoreum accord comes next and it is dark and clean at the same time. It also goes really well with the musks Mr. Bartlett chose. Those musks add a bit of wateriness before a set of woody notes make you realize you’re surrounded by chewed down trees. Beaver might be the best animalic perfume for those turned off by civet and real castoreum because by creating an accord using non-animal ingredients it makes it more approachable. It also makes it more interesting. Beaver has 6-8 hour longevity and modest sillage. 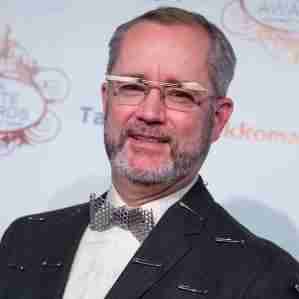 Panda was signed by Mr. Kiler who also has produced a number of perfumes under his PK Perfumes label. Instead of reproducing the animal Mr. Kiler instead chose to focus on the surroundings of a typical Panda in China. He would assemble a grouping of Asian raw materials like bamboo, zisu leaves, Sichuan pepper, pemou root, and Buddha’s hand citron. Mr. Kiler sends you on a journey into the Chinese countryside in search of a Panda but along the way you are instead captured by the natural beauty surrounding you. It opens with a misty green accord courtesy of bamboo, citron, and zisu leaves. It is the brilliant green of a stand of bamboo. Mr. Kiler then weaves in osmanthus and orange blossom. The orange blossom is just the right floral foil for the green opening. Osamnthus’ leathery quality makes you believe the panda you seek might have just been here. You finally end in a forested grove of sandalwood and pemou trees. Pemou is a creamy balsamic raw material and when blended with sandalwood you get a lovely soft accord. A spiral of incense skirls across the woods at the end. You may not find the panda you were looking for but sometimes the journey can be the goal. Panda has 6-8 hour longevity and average sillage.

Rhinoceros was also signed by Mr. Kiler and it is my favorite of the first three. One of the reasons is this is much less a perfume about a rhinoceros or where you find a rhinoceros. It is instead a perfume which is an abstraction of the size and power of the titular beast. Mr. Kiler brings together vibrantly overt notes like rum, tobacco, and leather. He doesn’t let them charge across the savannah at you. He allows them to come together in the knowledge that they could send you flying but from a distance they exude a presence. Rum, lavender, and sage form the opening salvo. Mr. Kiler has balanced them expertly and the booziness on top of the sage and lavender forms a drunken greenish accord which I really enjoyed. Tobacco holds the heart together and it is surrounded by some immortelle to make the tobacco sweeter. Pine and cedar form a frame to hold the tobacco within. Leather is the base note over which Mr. Kiler layers amber, smoke, and vetiver. This could have been a smoky animalic miasma but Mr. Kiler keeps control of all of the ingredients so they come off in their best light. Rhinoceros is my favorite because it was more representation than reality and I like my imagination to be part of the perfume wearing experience. Rhinoceros has 8-10 hour longevity and above average sillage.

My hat is off to Mr. Wong, Mr. Bartlett, and Mr. Kiler on a very impressive debut. I hope that 2015 sees an expansion of the olfactory menagerie begun here.