When it comes to independent American perfumery it seems like most of it has been happening on the West Coast. Except in the last couple of years the East Coast has been building a node of olfactory creativity centered around Brooklyn. As with anything like this there are more misses than hits. What is more telling, is to see which of the new brands have the potential to develop beyond their initial efforts. One of these new brands which has caught my attention is source adage NYC which released its two debut perfumes at the end of 2016, aka’ula and c’I’aan. 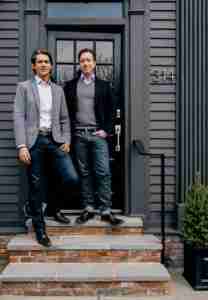 source adage NYC was launched in September 2015 by married couple Christopher Draghi and Robert Dobay. In the early days, they focused on home fragrance and candles. Working with an unnamed Brooklyn perfumer they released their debut collection of perfumes a year later.

The source adage NYC concept is to focus on place and create fragrances evoked by those locales. For their first foray into perfume they chose two US states very different in nature, Hawaii and Alaska using words indigenous to each as the names on the bottles. 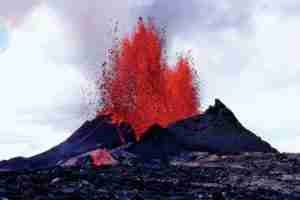 The Hawaiian inspired one is called aka’ula which translates to “red sunset”. The brief was for aka’ula to capture the “volcanic smoke” juxtaposed with “island spice accords”. This is a fragrance which mostly succeeds until the smoke overrides everything. The early moments take ginger, pineapple leaves and vetiver to create the spice island milieu. I just wished it lasted a little longer before the volcano erupts in a geyser of cade and oud. It is a common issue when using notes like cade and oud that they have all the subtlety of a Kilauea lava flow. If you enjoy the smoke this is a good version of it. If you are not a fan of smoke I suspect aka’ula will not be to your liking. 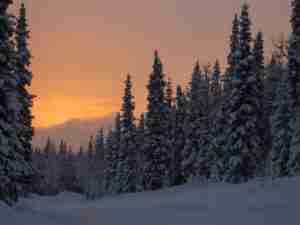 The Alaskan inspired one was much more to my taste. Called c’I’aan which translates to “new moon” in a Southern Alaska native language. In this case, they go for a mixture of balsamic woods and icy notes. What made me enjoy c’I’aan more was the choice of the notes which made the icy component. Using juniper, spearmint, and most interestingly apple. The juniper and spearmint mix to give that lung searing deep breath of cold air. The apple works within that accord to provide the nip of cold at the tip of your nose. I can pull this apart but when wearing it but if I relax and just let it be it is a chilly blast. The woods are fir made cleaner with cedar and warmer with amber. This seems like a much more assured composition. I liked it from beginning to end especially as the cold breeze whistled through the woods.

Both aki’ula and c’I’aan have 10-12 hour longevity and average sillage.

As I mentioned at the beginning these first two releases are not perfect but the potential they show for source adage NYC go beyond Hawaiian Fire and Alaskan Ice.

Disclosure: this review was based on samples provided by Twisted Lily.