Concluding my reviews of the new Parfums Quartana Les Potions Fatales with Mandrake and Wolfsbane. 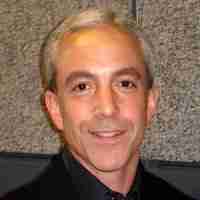 Most people are familiar with Mandrake as the squalling magical plant in the Harry Potter novels and movies. This comes from Wiccan beliefs that the roots emitted a fatal scream when dug up. Creative director Joseph Quartana working with perfumer Carlos Vinals wanted to mix both the fictional qualities with the reality of the plant. What they came up with was a fragrance which evokes a plant firmly rooted in the soil which after you unearth it might just have a magical scream waiting for you.

Mr. Vinals was inspired by the smell of actual Mandrake which has an uncanny resemblance to apples. So he uses a classic red apple accord. He surrounds the crisp fruit with the off-beat green of rhubarb, cardamom, along with birch leaf and birch root. This creates a really interesting fruity foliage accord when it all comes together. That apple is ever present but the two sources of birch provide the leafiness and the sense of the soil it is growing in. This eventually slides into a leathery woody finish around leather, sandalwood, and patchouli. To represent the magical shriek Mr. Vinals adds a sharp synthetic contrast which has an air of being too sharp. I would have liked less of this as the fragrance at this point didn’t need that kind of grace note added. On the days I wore it I found it distracting.

I like everything about Mandrake except for that final bit of artistic flair. It was what kept it from being my overall favorite. 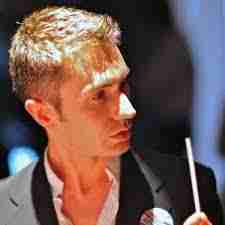 That goes to Wolfsbane. When I was sitting with Mr. Quartana in Milan as he explained the collection to me I was already imagining a fragrance which was found deep in a wood full of supernatural influences. Probably for the best Mr. Quartana only gave in to that most obvious of impulses only once with Wolfsbane. Working with perfumer Philippe Paprella-Paris this is that walk through a mystical wood holding tight to your wolfsbane in the hope it will defend you from the beasts in the shadows. M. Paprella-Paris wants you to feel that there is something just outside your vision but not beyond your sense of smell.

This opens with an absinthe-laden top accord. M. Paparella-Paris realizes a wee bit of The Green Fairy might be necessary to step into the woods at night. The other aspect is the wormwood within the absinthe also gives off a senses of ancient decay. To heighten that M. Paparella-Paris uses angelica root, fig, ginger and most importantly cumin. That cumin is what portrays nervousness with the sweaty character that normally comes with it. In combination with the ginger it also creates a simmering kind of kinetic energy. As you move deeper into the woods castoreum brings the scent of whatever stalks you to your nose. Night-blooming tuberose seems less innocent and more threatening all of a sudden. Patchouli, tobacco flower, prunol, and benzoin evoke the forest floor you are moving through at a renewed pace. Somewhere you smell the truffles present in the ground but you need to keep moving as the woods seem to close in with vetiver becoming ever stronger along with the whatever is right behind you.

Wolfsbane is my very favorite of the Les Potions Fatales. It has the most dynamic evolution of any of these debut fragrances. It never failed to make my days better when I wore it.

When it comes to large collections like this I am usually dismissive of them. My biggest irritations are no real lack of cohesion matched with cynical box checking. Let me assure you that Mr. Quartana has overseen a true collection in every way that word should apply to fragrance. He also never, not for one moment, diminished his artistic vision of what this collection was going to be. No box checking going on here. One other thing I would like to mention is the use of a different perfumer on each fragrance. Granted he chose to work with the roster of perfumers at Symrise which truly showed their versatility throughout this collection. But getting a cohesion from different artists even being directed by a single creative director is not easy. I think this is a collection which should be sought out by those who enjoy something different in their perfume.

Disclosure: This review was based on samples provided by Parfums Quartana.