As a scientist I am always looking for patterns. Perfume is not exempt from that. As I start this series of reviews, I begin with the last perfume by the previous creative director at Amouage, Christopher Chong called Rose Incense. I also look at one of the first original perfumes be the new creative director Renaud Salmon. He chose to do Overture Woman which is the female counterpart to one of the other final creations by Mr. Chong. 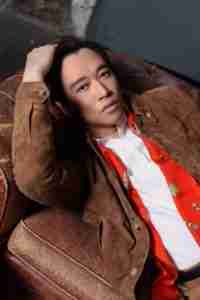 Rose Incense was an exclusive until this past summer. Which is why it is only widely available now. Mr. Chong again used one of the grand inspirations for the perfume. This time it was the movie “Citizen Kane”. He asked perfumer Bruno Jovanovic to collaborate. It is his first perfume for the brand.

Rose Incense is probably the most simply formulated perfume of Mr. Chong’s time at the brand. Instead of the entire movie it almost seems like it is trying to capture that moment when the dying Charles Kane utters “Rosebud”. Translated to a perfume it means what the name on the label promises a lush rose coated in resins.

It begins with that rose which is the Damask variety. This variety exists to be paired with incense because of its strength. Early on elemi provides a citrus-tinted woody opening. The incense begins to appear soon after. At first it is a lighter version which allows the rose to have the lead. As we get to the heart it flips as the incense is now in charge with the rose in support. Myrrh adds to the frankincense along with a thread of leather in between the floral and incense. It is completed with a rich sandalwood.

Rose Incense is not the best example of Mr. Chong’s tenure. It acts as a farewell as he leaves the stage. Perhaps it is meant to be his own enigmatic perfumed “Rosebud”.

A stage as grand as Amouage abhors a vacuum. It is now time to say hello to M. Salmon. For his first act he chose to design Overture Woman. When he began his Amouage career with a flanker I urged him to lean into his new position. Not that he could have told me at the time he was doing exactly that with Overture Woman. Mr Chong’s masculine version was a boozy resinous affair which was typical of his style. M. Renaud’s feminine version also contains a boozy component the apple brandy known as Calvados on top of a spicy rose and leather. Working with perfumer Annick Menardo they create something beautiful. 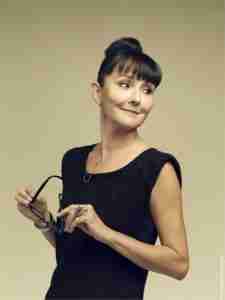 Overture Woman begins with the Calvados paired with saffron. It is a fascinating opening where the alcoholic apple is given a little extra bite with cinnamon. The saffron provides a slightly leathery glow as if from the pit of the stomach after a sip of the real thing. Leather itself arrives as it adds its presence with a refined version of the accord. Myrrh and frankincense come forward to give a resinous finish to this.

M. Salmon and Mme Menardo have made a very Amouage type of perfume without being the like Mr. Chong’s aesthetic. In Overture Woman there is a crisp enunciation of the phases but once they come together it feels like the beginning of a new aesthetic at Amouage.

I’ll delve deeper into that over the next two days as I review the four perfumes in the Renaissance Collection.

Disclosure: This review is based on samples provided by Amouage.