I received the eight perfumes in the McQueen Collection just after Labor Day. As I recounted in my review of Sacred Osmanthus these were different than the previous fragrances from Alexander McQueen. The creative team of Sarah Burton and Pierre Aulas had a vision of eight soliflore-like perfumes composed by different perfumers. My first impression was favorable to most of the eight. As the weather turned cooler, I was drawn towards two of them; Amber Garden and Dark Papyrus.

Amber Garden was created by perfumer Yann Vasnier. The keynote for this is benzoin. Benzoin is one of the perfume ingredients I frequently describe as warm. In Amber Garden M. Vasnier chooses to enhance that effect with spices and resins.

Benzoin has an inherent sweetness to it which is part of what contributes to its coziness. M. Vasnier wraps another layer of that around it as saffron, nutmeg, cardamom, and cinnamon provide a set of spices which each provide a different version of warm. The benzoin pulses like a glowing heart as the spices settle upon it. Labdanum and frankincense add resinous depth without overriding the benzoin. As this part of the perfume developed on my skin it felt a bit better defined.

Amber Garden has been the fragrance equivalent of a warm scarf for me this fall. This is how a soliflore is meant to function by cleverly burnishing the note on display. 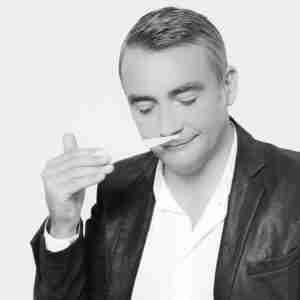 Dark Papyrus was created by perfumer Christophe Raynaud. The focal point here is in the name; papyrus. Papyrus is a light green-tinted woody ingredient. For Dark Papyrus M. Reynaud makes an interesting choice to use blackcurrant buds as the harmonizing note. That ingredient is one which can easily get out of control. M. Reynaud makes sure that doesn’t happen. What comes through is an enhancement of the green with the fruity character conjoining with the woody part of papyrus. Ginger and cardamom are also present to pick up the leas prominent spicy character of papyrus. The final ingredient is a synthetic wood which keeps everything drier.

I don’t think I’ll be reviewing the other five from the McQueen Collection, but they all share the same aesthetic of a single note at the center. If you see a favorite ingredient in the name, I would suggest picking up a sample because all of them are well done. If you are looking for more immediate gratification give the two designed for fall weather a try.

Disclosure: This review was based on samples provided by Alexander McQueen.