When corresponding with Victor Wong owner and creative director of Zoologist Perfumes on the making of the latest release, Bat; there was a very telling phrase in the words he sent me. He said, “I might add that Zoologist is such a small indie perfume it should take some risks.” I think throughout the five releases to date Mr. Wong and the perfumers he has worked with have not shied away from taking some risks. In the partnership with Dr. Ellen Covey, as the perfumer on Bat, I think this is the furthest the envelope has been pushed so far. It results in a fascinating perfume that captures the animal on the label.

Dr. Covey has studied bats as part of her scholarly work at the University of Washington. As a result, she had spent time in the caves they live in during the day. It was her desire to see a bat perfume that caused her to approach Mr. Wong. Together their long-distance back and forth has produced a fragrance that captures not only the creature but its environment. Throughout wearing Bat I felt as if I was searching for a cavern where they were sleeping the day away. 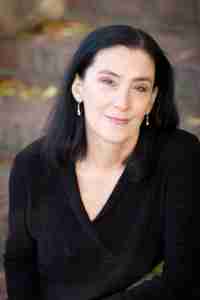 My journey begins by finding some assorted tropical fruit half-eaten outside a large limestone cave. Dr. Covey uses a variety of fruit notes on top of a really great moist soil accord. It is as if I reach down to pick up the fruit to observe it as I inhale. The entire top accord is refreshingly different with the mixture of soil and fruit. The next steps are deeper into the cave. Dr. Covey has an array of mineralic notes forming a cave accord. This cave is also covered with vines and roots so she has also added a deep vegetation accord. The fruit has receded but not disappeared as they still litter the cave floor. As the light dims we hear the leathery flutter above our heads and the musky smell of living things comes to the fore. Dr. Covey constructs a fabulous accord which feels furry and alive. It also is modulated by a truly inspired set of notes like myrrh, sandalwood, and leather. These notes impart a depth. Mr. Wong mentioned he wanted darker and Dr. Covey delivered.

Bat is an unusual fragrance. In a world where everything converges on the trends it is pleasing to see two people eschew that thinking and head off to their own Bat cave of creativity. Definitely one of the standout new fragrances of 2016.

Disclosure: this review was based on a sample provided by Zoologist Perfumes.