In 1964, Yves Saint Laurent began the fragrance part of his business with a women’s perfume called Y. It is a crisp austere green chypre which might have represented the last days of this style of perfume. As a perfume M. St. Laurent was less interested in blazing a new path he just wanted fragrance as part of the overall collection. Over the ensuing years that would change and some of the most influential perfumes of the next forty years would have YSL on the label. Recent times has seen the brand living on their past. If they were going to begin to be part of the modern discussion of designer brands they were going to have to design some perfumes for the emerging millennial market. With a new creative director in Tom Pecheux the first attempt is for the guys given the same name as that first release; Y. 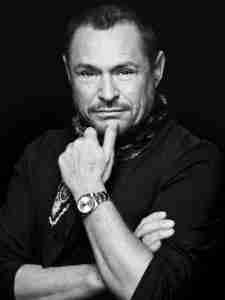 Mr. Pescheux turned to perfumer Dominique Ropion to compose Y. This is another composition of greatest hits. It is the fragrance equivalent of colorblocking as each phase of development is its own well understood accord. It is competently constructed and will remind one of many of the other perfumes sitting next to it on the department store counter. Its reason for existence is to ask the consumer if they would like their fresh floral and woody notes in this specific progression. It is hard not to feel that there were too many focus groups weighing in on the creative process. This is the antithesis of what YSL used to stand for. Can you imagine the reaction of a focus group to Opium? It would never have existed. Y becomes a perfume of lowest common denominator (LCD).

M. Ropion opens with an ozonic accord comprised of the safer aldehydes. Not the ones which conjure hair spray or wax but rather the ones which capture fresh sea air. A very overused ginger is used to provide some verve. It moves to that uber-safe men’s floral note geranium. Not so rose to be worrisome say the focus group. It finishes on a base of balsamic woods and incense. The incense is probably the most confrontational note in the whole thing and it’s not that intense.

Y is a warning light of the things I worry about when marketing to the millennials. If a brand chooses to play it safe by asking them, “is this okay?” The result becomes something full of crowd-pleasing accords which stands for nothing. I am hoping Mr. Pecheux is more interested in recapturing the boldness of the past instead of calling for more focus groups. From a brand which produced something like Kouros it is sad to see Y represent the YSL LCD.

-Disclosure: this review is based on a sample provided by Nordstrom.