There are times when I wonder why a brand puts the name they do on a fragrance. There is many a time I receive a perfume with “noir” in the name. I usually end up staring at the strip with the perfume on it thinking what the heck could be noir about this. Another choice is “nuit”, or night. This is also meant to convey shadow or darkness or at the very least increased depth. It is another moment where I am too often left scratching my head. So imagine my surprise when I received Yves Rocher Cuir de Nuit and the word in the title which isn’t represented is “cuir”. 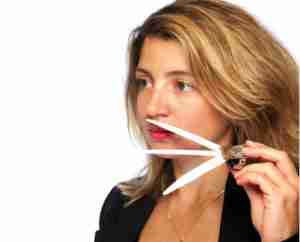 This perfume is composed by Amandine Clerc-Marie. If you go to the Yves Rocher webpage all you see is mentions of vanilla, cocoa and coffee. Nothing about leather. Where is the cuir? Answer there isn’t any. I have no idea why they named this “night leather”. Night vanilla would have been more appropriate, but Yves Rocher released that, Nuit Vanille, as their Holiday scent last year. I guess that means in a pinch leather is equivalent to vanilla? Let me stop those of you who are looking for a leather perfume; this is not a leather perfume in any way. What Mme Clerc-Marie has produced is a rich vanilla darkened by cocoa and coffee with one other ingredient which really makes the early moments.

The fragrance starts off with the vanilla out front. This is the typical comfort style of vanilla. What I enjoyed was Mme Clerc-Marie uses the versatility of baie rose to add hints of fruit, herbs, and green. It adds some texture to the bland vanilla. It reminds me that the source of vanilla is an orchid. Mme Clerc-Marie then adds her shadows. Dusty puffs of cocoa float upon a pool of fresh brewed coffee. The cocoa dominates at first with the coffee only becoming apparent over time. Even early on when it is just cocoa and vanilla the perfume is balanced so neither is too much. The coffee is what provides the “nuit”.

The name of this perfume is nonsense, there is no leather. What is here is a delicious vanilla based gourmand which does know what “nuit” means.

Disclosure: This review is based on a sample provided by Yves Rocher.