I’ve always wondered how a perfume with multiple perfumers attached to it actually comes to be. I’m not talking about a collaboration of two that I think I understand. There are a number of fragrances which seemingly take a village to create. The latest fragrance to have me considering this is the new addition to the Tom Ford Signature Collection, Velvet Orchid. 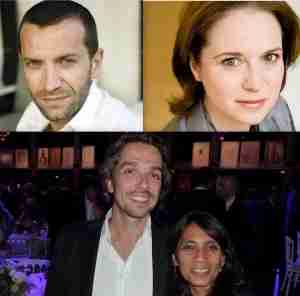 Karyn Khoury is in her accustomed position as creative director and she decided to convene a supergroup of perfumers to compose this flanker to the original Tom Ford Signature Fragrance, Black Orchid. My weird imagination even sees them on a stage, as The TF All-Stars, introducing themselves. On top notes we have Calice Becker, holding down the heart notes it’s Yann Vasnier and covering the base notes we have The Maisondieus, Shyamala and Antoine. I am pretty sure this kind of perfume by committee is not accomplished by doling out phases but I do wonder how all of these very competent perfumers managed to come together and make pretty darn good perfume worthy of being added to the Tom Ford Signature Collection.

The original Black Orchid is one of those fragrances that, when it was released in 2006, was a true gender bender as there were many men who wore it even though it was primarily marketed to women. I am one of those men as the central orchid accord in Black Orchid is surrounded by a very restrained floral followed by patchouli and sandalwood in the base. For Velvet Orchid The TF All-Stars were asked to create a “corporeal flower accord” to complement the original orchid accord. This group doesn’t just stop there as on top a fantastic rum and in the base vanilla take on prominent roles with the familiar notes from Black Orchid. It makes Velvet Orchid a traditionally pretty floral fragrance which is very good.

The same mandarin that was present in the original is on top in Velvet Orchid but now it is drizzled with honey and doused with a rum note called succan absolute. This makes for a sweetly boozy opening and one I really enjoyed. It leads to the same orchid accord that made up the heart of Black Orchid. Here is where The TF All-Stars decided to really turn this Velvet Orchid into a power ballad of florals as on top of the orchid comes a series of floral duets starting with Moroccan and Turkish rose, hyacinth and heliotrope, jasmine and jonquil. Throughout the heart of Velvet Orchid it is like trying to follow three simultaneous guitar solos which are miraculously also harmonizing. For much of Velvet Orchid it remains in this powerful floral refrain. Over a few hours a very subtle sweetness begins to swirl into the melody. First myrrh and sandalwood start off; a very refined suede and peru balsam rough it up a little but it sets the stage for a perfect vanilla note to provide the finish. It adds up to a decadent sweetness to leave one wanting more.

Velvet Orchid has all-day longevity and above average sillage.

I have always admired the Tom Ford Signature Collection for pushing the envelope in the mainstream fragrance space. It is why Velvet Orchid is a bit surprising in how it displays itself as very traditionally floriental. It isn’t groundbreaking or unusual but in its nod to the traditional The TF All-Stars manage to find a way to leave their very talented impressions in all the small moments throughout. Even though you might have heard this tune before this supergroup of perfumers have found a way to make it feel new again.

Disclosure: This review was based on a sample provided by Tom Ford Beauty.