Of the mainstream designer fragrance collections; Tom Ford has consistently been one of the best. Since the release in 2006 of Black Orchid I could make the case that the 16 releases in the Signature collection are overall more cohesive and better than the pricier Tom Ford Private Blends. The newest release Orchid Soleil actually seems to improve upon one of the most recently released Private Blends. 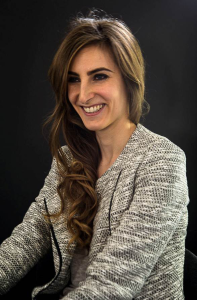 Orchid Soleil was composed by perfumer Sonia Constant. The press release says this is meant to be a “summer” version of Black Orchid. It is definitely a summer style perfume but its relationship to Black Orchid is tenuous at best, bar sharing half of the name on the bottle. Orchid Soleil has a much closer relationship to another Tom Ford fragrance with which it shares half of its name as well; the Private Blend Soleil Blanc released a few months ago. That perfume was a tuberose exploration of the suntan lotion style of fragrance. Orchid Soleil also contains tuberose but in a more prominent way. It also provides that viscosity endemic to suntan lotion by using a sweet whipped cream accord, making this feel like an edible version.

Mme Constant opens with a sun flare of bitter orange and pink pepper. She also employs the top-note musk of Sylkolide to provide that hint of tanned skin. The tuberose comes next and it is as if a floral scented suntan lotion has been applied with enough SPF to block out the citrus. There is a bit of greenish lily to modulate the tuberose a bit. Then Mme Constant literally whips up a creamy accord of patchouli, vetiver, vanilla, chestnut cream, cypress, and cashmeran. Taken together this is an unctuous creamy accord that the vanilla and chestnut make into a subversive gourmand.

Orchid Soleil has 10-12 hour longevity and above average sillage.

I likened Soleil Blanc, in my review, to the soft lingering smell of suntan lotion on a beach wrap the next day. Orchid Soleil is probably the smell of that very suntan lotion right after you apply it. I have been wearing this in the heat of the early summer and this might be the most purely fun Tom Ford perfume ever. It is summery. It is gourmand-y. It seems to be winking at me with a sly smile. I am happy to wink back and luxuriate in this all summer long.

Disclosure: This review was based on a press sample provided by Tom Ford Beauty.