I’m not sure why it is the case but when I am on vacation at the beach, I drink cocktails which come with umbrellas in them. Fruity alchololic trifles meant to add to the fun of time away from home. This sense of fun is not found as often within fragrance as I would like. There isn’t a perfume bottle with an umbrella sticking out of it to let you know its time to kick back for fun. There might not be an umbrella sticking out of it but Thierry Mugler Angel Eau Croisiere is exactly what I’m talking about.

Three years ago Thierry Mugler began the evolution of Angel towards a new audience. The original Angel was a powerhouse. With Angel Muse there was a distinct effort to make the aesthetic less confrontational while retaining that special Angel magic. This was achieved by altering the gourmand heart of the original into something much lighter. I thought it was a brilliant re-invention of Angel. In the years since the subsequent releases haven’t captured that as well as I’d hoped; until Angel Eau Croisiere. Perfumer Sidonie Lancesseur does that by following a similar recipe infused with insouciance. It is fruits leading to a more transparent gourmand, but this carries a glint in its eye. 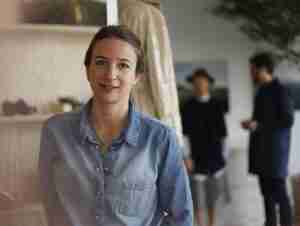 Angel Eau Croisiere opens with a trio of fruits which are both sweet and tart. Mme Lancesseur balances them right on that defining line. She also does something else quite clever. One of the fruits is listed as “blackcurrant sorbet”. This is conjecture but I think she uses a supercritical fluid extraction source of the blackcurrant. It gives the sense of the chill you see when you open up a quart of ice cream on a summer day and you see tendrils of frost rising from the surface. The blackcurrant has that chilly airy feeling. Grapefruit provides its typical citrusy sparkle. The star of the top accord is mango. This is the tart fleshy fruitiness kept to an opacity to not allow it to overwhelm the other two ingredients. This creates a joyful back and forth between fruits I don’t usually find. Then we head to the base where Mme Lancesseur chooses to follow the praline-focused base of Angel Muse instead of the chocolate-caramel version of the original. I extolled its use in Angel Muse. For Angel Eau Croisiere Mme Lancesseur employs it equally well. There is a nuttiness which goes nicely with the patchouli also present in the base. This is a gourmand with a light touch.

Angel Eau Croisiere extends the trend I was so happy with in Angel Muse. Mme Lancesseur does it with a grin and an umbrella.