Sex Sells! It is a truism in product promotion. Nobody has ever gone broke by cloaking their product in provocative sexy imagery. That image runs the gamut from tastefully subtle to provocatively blunt. When it comes to perfume the latter is exemplified by much of the Tom Ford fragrance ads of a few years ago. The tastefully done is a little less common but the new release from The Perfumer’s Story by Azzi called S&X Rankin is one of those. 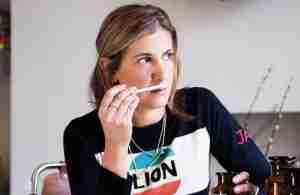 Azzi Glasser debuted her brand, The Perfumer’s Story by Azzi, in 2015. Ms. Glasser was part of the creative team behind one of my favorite offbeat sensual perfumes, Illamasqua Freak. As I heard that she was going to work with photographer Rankin on a new release I was interested. Rankin is a British photographer who has been featured in fashion magazines and directed music videos. One of his recurring motifs is a focus on lips and tongues. There is a carnality to lips parted in invitation that I am drawn to; Rankin’s photographs mostly capture that. In a companion video he directed along with the release (link here) there is also a focus on lips and tongues again. As Ms. Glasser has become the perfumer in her story it has been an interesting transition. With S&X Rankin she has made her best perfume for her brand so far. 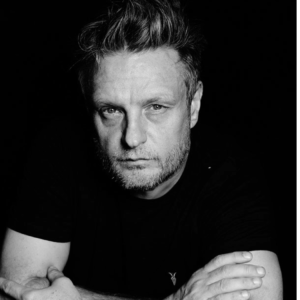 When it comes to fragrances which want to wear their sexiness on their sleeve I expect certain ingredients. Ms. Glasser doesn’t disappoint as leather and castoreum play prominent parts in the later stages but what she and Rankin have concocted prior to that makes S&X Rankin much less obvious.

S&X Rankin opens on a typical bergamot but as part of an Earl Grey tea accord. It provides some shading for pepper and elemi. This is a come-hither look, the parted lips of someone asking a question without words. The collision of bodies comes with a fully indolic jasmine crashing into a dark leather accord. There is an ongoing tussle throughout the middle stage of development. A woody duet of magnolia and guaiac carry this onto a base in which the castoreum revels in its animal nature. Patchouli and a blend of white musks bring this together in an accord reminiscent of tangled sweaty sheets and damp sated bodies.

Ms. Glasser seemed inspired by Rankin allowing that collaboration to create a tasteful nude of a sexy fragrance.