There are many things which start with volume one and you wonder when volume two will eventually arrive. One of the earliest fragrances I reviewed in my blogging career was Geza Schoen’s The Beautiful Mind Series Vol. 1 Intelligence & Beauty. Hr. Schoen spent time with Grandmaster of Memory Christiane Stenger and she was the creative director for that first perfume. Hr. Schoen wanted to create a fragrance that captured the brilliance of a brilliant mind. Of course volume one made one think there would be more but for five years there hadn’t been a follow-up. Then I received that promised volume two almost out of the blue two weeks ago. 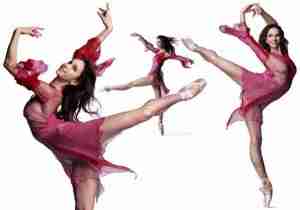 For The Beautiful Mind Series Vol.2 Precision & Grace, Hr. Schoen teams with ballet dancer Polina Semionova. Ms. Semionova is a principal dancer in the American Ballet Theatre in New York City where she has been since 2012. The inspiration for Precision & Grace comes from this quote of Ms. Semionova’s, “Without intelligent work, there is no result, even if you have a great gift. The precision only comes with hours of work in the studio. Then, when I go on stage, I don’t think anymore. I release myself to the music. I fly.” This is a great place to start designing a perfume which captures early precision only to soar with grace, and humanity, at the end. This is what Hr. Schoen and Ms. Semionova have produced with Precision & Grace.

There would be very few perfumers who I think are as precise as Hr. Schoen who also know how to fly. For Precision & Grace the early moments are delineated fruit and florals which lead to a base full of animalic abandon as the dancer soars. 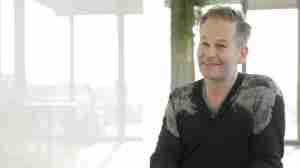 Precision & Grace starts off with a crisp pear note. When I first wore this I thought that was all there was but the second time I wore it I detected the other notes which act as modulators for the central pear note. Mandarin, bergamot, and especially lemon form an olfactory magnifying glass and it is their presence which creates that crispness that I can almost hear the snap as I bite into this pear. The same thing happens in the heart but this time it is two notes which combine, jasmine and plum. As with the pear it is the other notes which create the desired effect. Hr. Schoen takes mimosa and osmanthus and lets the mimosa act as tulle to the weight of the jasmine. The apricot quality of the osmanthus provides the same effect to the plum. They supply the figurative ballet dancer’s tutu to the body of the perfume. All of this has a clear purpose of construction but if Precision is all about exactitude; Grace will be something a little more human. For that part Hr. Schoen goes for a base consisting of real sandalwood and castoreum. A real sandalwood has a slightly animalic quality. The castoreum is present to make sure that slight becomes prominent. This is the seemingly wild abandon of the dancer unleashed. The transition from the fruity floral to the woody animalic is really well done. Every time I wore this the tonal shift made me grin with pleasure.

There are many times Hr. Schoen gets very experimental in his perfumed creations. I think that is the equivalent of Ms. Semionova’s “intelligent work”. It allows Hr. Schoen to take his cues from The Beautiful Mind of Ms. Semionova and produce one of the prettiest perfumes he has made in years. While I know Beautiful Minds are few and far between I am hopeful it won’t be another five years before volume three arrives.

Disclosure: This review was based on a press sample provided by The Beautiful Mind Series.