There are a small group of perfumers who create fragrance on an entirely different level. All perfumers want to make something that people will want to interact with. The smaller group I am speaking of are the ones who want to find the frontiers of modern perfumery and move them outward. This is a fraught effort because sometimes the frontier pushes back. The attempt to expand things collapses under its own weight. What is best about these types of perfumers is they get back up and try again. One of those is Stephane Humbert Lucas. He has been doing this ever since I first met him when he was working at Nez a Nez. Seven years ago he began his own line Stephane Humbert Lucas 777. Now at the anniversary of that we have Stephane Humbert Lucas 777 Isra & Miraj. 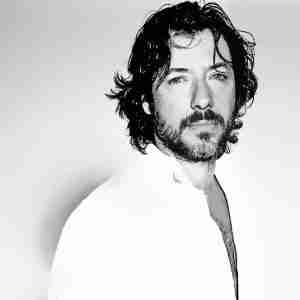 These perfumes have all been focused on the Orient as inspiration. These are not Oriental perfumes in that sense. M. Lucas wants to evolve into something more genuine. What is great is it doesn’t always succeed. It has been a few years since one of his releases has captured me the way Isra & Miraj has.

Isra & Miraj are the tale of a Night Journey by the prophet Muhammad. Isra is the trip to the mosque in Jerusalem. Miraj is his journey, escorted by the angel Gabriel, through the seven levels of Heaven. Each level contains a prophet for Muhammad to speak with until he finds Allah in the 7th Sky. It is a story of learning new ways of thinking.

Isra & Miraj is that Oriental-not-Oriental that has been the core of the 777 collection. As it is the symbology of the Night Journey which is expressed most clearly.

That comes in the opening accord as the Isra brings us to the mosque. A fabulously balanced citrus and spice version awaits. The contrast of the heat of cinnamon and the sweet of nutmeg are infused into tangerine. This is an opulently formed version of these ingredients. The angel Gabriel arrives with wings of osmanthus and heliotrope. The heliotrope provides a powdery sheen to the leather and apricot of the osmanthus. M. Lucas creates a lighter version of these two ingredients than I expected when I saw them on the note list. They find an equivalence with the top accord without either taking precedence. The final stage is the Miraj the rise through the seven levels of Heaven. M. Lucas imagines this with precise amounts of some of the most precious materials in perfumery. Briny ambergris, flows through leather and patchouli into a natural oud on top of Mysore sandalwood. It is all given the airiness of white musks creating the vault of Heaven.

My description of the final stages of this perfume do not do it justice. M. Lucas takes some of the most extroverted ingredients and transforms them into something humble and spiritual. If you look at that list it should be a train wreck. That it is not is why M. Lucas is such a special artist. He has the audacity to scent the 7th Sky.