One of the reasons independent perfumers are often independent perfumers is they want to do everything from concept to cologne. It is always interesting when these very singular people collaborate with anyone on a new fragrance. Sometimes it allows everyone involved to gain new insights into the creative process. For the latest release from Sonoma Scent Studio, Yin & Ylang, two of my favorite people in perfumery combined to create something true to both of their aesthetics but the combination is something multiplicative rather than additive. 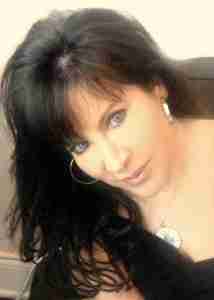 Michelyn Camen, my editor-in-chief when I worked at CaFleureBon, approached Laurie Erickson the woman behind Sonoma Scent Studio with a concept and a name to go with it. Ms. Camen wanted to see ylang-ylang have a starring role in a fragrance and she wanted to call it Yin & Ylang. The yin she wanted to mirror “soft skin comfort” and the yang to carry “bold sensuality”. Ms. Erickson would take this brief and accept the challenge of working with an ylang-ylang keynote and also capturing the ancient meanings of yin and yang. The result is something I hope both women are very proud of as it really exemplifies the strengths both of them can bring to the creative process. (For more about that creative process here is the link to the article on CaFleureBon where they describe the back and forth which eventually produced the fragrance)

Yin & Ylang opens with a bit of misdirection as Ms. Erickson combines blood orange and aldehydes which give a bit of off-kilter luminosity but it feel neither yin nor yang nor ylang. Patience is rewarded as they move into the ylang-ylang heart. An organic ylang-ylang complete oil is the ylang source. By using this as the ylang note Ms. Erickson both added some difficulty but also gave herself more inherent texture to hang other notes off of to create a desired effect. Since this was supposed to reflect yin, and soft, the ylang is swathed in jasmine and tuberose. These notes add support while simultaneously softening some of the earthier aspects. She adds a bit of lactone and beeswax to add another layer of pliancy to the yin. The ylang is also still around to form the yang part of things as we move into the base where we find sandalwood, oakmoss, patchouli, and leather. Those earthy aspects that were subdued in the heart arise in the base to create the bold sensuality asked for in the brief.

Yin & Ylang has 6-8 hours of longevity and modest sillage.

After working with Ms. Camen for five years to say she is always creating new concepts is underselling her ability to cut to the truth of what she wants. I’ve known Ms. Erickson for almost as long and her brand DNA is strong in almost everything she creates. Yin & Ylang is an accurate reflection of both women’s collective inventiveness. I can only hope that they continue to work together from time to time as this certainly seems like the beginning of a beautiful working relationship.

Disclosure: This review was based on a sample provided by Sonoma Scent Studio.