If there was one thing I wanted from a store dedicated to American independent perfumery it was limited editions. When owner Dave Kern contacted me two years ago to announce he was opening American Perfumer in Louisville, KY it was the first thing I asked him. He politely replied it was in his plans but first he had a store to open. It didn’t take long. By the end of 2018 he had released two limited editions from Dawn Spencer Hurwitz and Maria McElroy. Ms. Hurwitz’s perfume, Colorado, won the 2019 Art & Olfaction Award for best independent perfume. Hans Hendley followed with last year’s ode to his Texas home, Bloodline. One commonality of all three was the use of a special rare ingredient. Long time readers know how much I enjoy the aspect of independent perfumery where a one-of-a-kind ingredient leads to a singular perfume. The oil Ms. McElroy used to build her entry Desert Flower let her connect the desert near Marrakech and the one she grew up near in Utah. All these first three releases were perfumes tied deeply to the perfumer’s heritage and location. Of the newer American independent perfumers Shawn Maher of Chatillon Lux has been designing his entire brand around his roots in the St. Louis, MO community he lives in. Mr. Maher has been one of the most exciting new perfumers I have encountered in years. You can imagine my excitement when just after the New Year Mr. Kern and Mr. Maher contacted me to announce the upcoming release of Shawn Maher for American Perfumer Madame Chouteau. 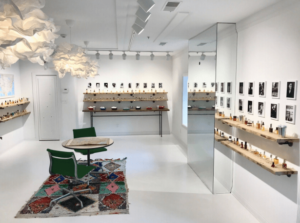 Mr. Maher when left to his own vision has delved deeply into the history of his hometown. As he spoke with Mr. Kern they remarked they both live in cities named after French King Louis. There is a pervasive French style underpinning this area of the country the US had to eventually purchase from France. Madame Chouteau pays homage to one of the founders of the city of St. Louis with a perfume which calls back to the classic French origins of modern perfumery through an American perspective. 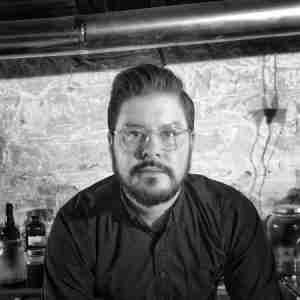 Madame Chouteau would co-found the trading post which would be the cornerstone of the city with Pierre Laclede Liguest. She lied about being a widow so she could have the standing in male society it provided, which was little. It was enough for her to use what she had to get what she wanted.

Mr. Maher releases a Scent Notes column on his website for most of his releases. The one on Madame Chouteau, linked here, mentions how he would construct a perfume using ingredients he was using for the first time. It is a fabulous peek behind the curtain for those who want to know more.

Madame Chouteau opens with an exquisite apricot accord. Most of the time apricot appears as a dried fruit in perfume. Mr. Maher rehydrates his apricot with the use of the aromachemicals which provide rose their depth, damascenones. This turns the early moments into a photorealistic apricot. This is the American perspective on the French traditions I mentioned. This is an apricot which is full of life instead of abstractly desiccated. Jasmine provides the floral counterweight as Mr. Maher combines three natural sources with a Hedione analog for lift. It is the expansiveness from that which gives the jasmine a weightlessness that allows them to float above the apricot while still retaining the complexity of the natural oils. The French-American collaboration reaches its zenith in what Mr. Maher calls his “Mousse de Saint Louis” base. Inspired by the classic Mousse de Saxe base. To go from Saxe to Saint Louis he adds a dirtier vanilla to act like the muddy Mississippi running through the atranol-free oakmoss with orris and leather completing it. The final ingredient is genuine Mysore sandalwood in all its gorgeous glory providing the proper pedestal for Madame Chouteau to stand upon.

I was such a lazy writer that my reviews of the previous American Perfumer limited editions came after they were sold out. Not this time. At 3PM EST this Saturday February 15 the 25 bottles of this amazing perfume will go on sale. It is another outstanding entry in this series.

As I learned more of Madame Chouteau, Annie Lennox’s voice through the Eurythmics song “Sisters are Doin’ it for Themselves” played in my head. I especially heard the couplet, “Standin’ on their own two feet/And ringin’ on their own bells”. The perfume in her name does just that. With a French accent and an American fist in the air Madame Chouteau was a St. Louis Sister doin’ it for herself.

Disclosure: This review is based on a sample provided by American Perfumer.