It is an interesting ritual that happens most evenings at Colognoisseur HQ. I receive my samples and after dinner I test what came in the mail. Besides my nose I am always interested when one elicits a response from Mrs. C; or the poodle. About a month ago I received a sample set of the new brand Senyoko. As I was going through the samples, I sprayed the last one. In a few seconds Mrs. C looked up and asked, “What is that?”. It wasn’t a simple query. It was a half-lidded look of maybe I should forget about that perfume stuff for a while. Even my initial response was an inner clenching of all those carnal places inside. Senyoko La Tsarine was designed for this purpose. 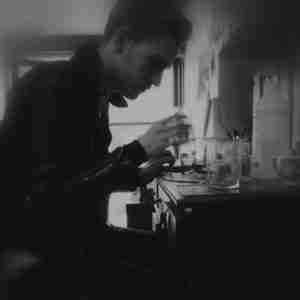 Senyoko was founded in 2018 by husband-and-wife Joseph and Emilia Berthion. They released two perfumes in 2018; Madama Butterfly II and Migration de L’Arbre. The latter was a finalist for the Art & Olfaction Awards last year. When I received my sample set, I remembered encountering both during my judging of last year’s candidates. I was impressed when trying them blind. Knowing what they were only confirmed that opinion. This year there have been two new releases. Duo des Fleurs is a cross-pollination of Rose de Mai and jasmine sambac over a rich sandalwood attar. One thing which is becoming apparent over these early releases is perfumer Euan McCall is forming a deep aesthetic. These are perfumes which shift tremendously over the time on your skin. None more so than La Tsarine.

La Tsarine is based upon the life of Russian empress Catherine the Great. Specifically her perhaps apocryphal sexual appetites. She was purported to be a literal “man eater” as she had a steady stream of men into her bedchamber. That room was also said to be decorated in sexual sculptures and furniture. It is this version of the Empress which is depicted in La Tsarine with a confident mixture of everything sensual in a perfumer’s organ (pun intended).

There is no subtle playfulness to La Tsarine. This is clothes ripped off, buttons skittering across the floor as they tear free. The top accord is the viscous sweetness of honey contrasted with cumin. Sticky green of blackcurrant buds and clary sage add to the sensuousness. This is the clash of sweaty aroused bodies. Mr. McCall assembles three florals which represent the scent of arousal as the indolic trio of tuberose, narcissus, and jasmine explode in animalic floralcy. After all that Mr. McCall doubles down on the animalic as civet, costus, castoreum, oakmoss, and musk form the base accord. This is the scent of vigorous happy lovemaking. Taken all together La Tsarine is unapologetically erotic.

One of the days I wore La Tsarine I had to go out to run errands. I was definitely turning heads as I walked around. I am sure they were thinking I had been up to something before coming out to shop. The other day I wore La Tsarine I spent the day at home; with Mrs. C living up to that look I received before. There are very few perfumes that will take a wearer deep into the places La Tsarine takes you. It isn’t fragrance made for anything other than romance; definitely NSFW.