It was New Year’s Day 1967. One of my Christmas presents was tickets to the new Cinerama movie, Grand Prix. In those days going to these event movies required buying tickets in advance as you would to attend a play or concert. We only had one Cinerama screen in the area. It is where my love of movies was born. Going to see these movies in this larger-than-life curved screen environment was exhilarating. Which was why for my birthday, and Christmas I always asked for tickets to whatever was playing. I was generally too young to really understand what I was seeing, I just knew it was going to be gigantically entertaining. 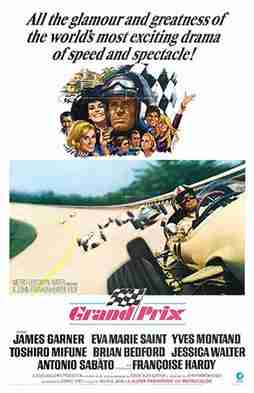 On January 1, 1967 the film we sat down to see was Grand Prix directed by John Frankenheimer. It was a story of a racer who was trying to gain success played by James Garner. The story is a typical sports movie where the hero eventually triumphs. What was memorable to me in this movie were the racing scenes. The movie had received permission to rig a car with cameras and drive it at speed on the actual Grand Prix tracks in the movie. These scenes gave you an incredible sense of speed especially because the curved screen was at the edge of your peripheral vision. While focused on the center of the image the sense of speed being implied from the sides made you feel as if you were in the cars. From this day on I was a fan of racing.

In March of 1975 I was invited to go see the endurance race in in nearby Sebring, Florida. There was where I became familiar with the scent of the racetrack. As I was given access to the garage area the smell of burnt rubber, motor oil, and gasoline permeated the air. This was the missing piece from my previous movie experience. Anyone who has attended any motor sports knows this scent. I have always found it one of those comforting unusual scents of the world which captured what was happening in the moment. 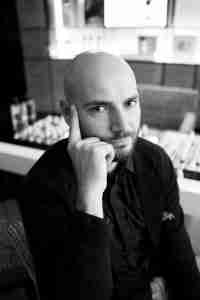 Which brings me to the release of the third perfume from Andrea Rubini, Rubini Nuvolari. Sig. Rubini has surrounded himself with his own version of a perfume pit crew. He has perfumer and engineer Cristiano Canali. Materials expert Francesca Gotti, and inspirational influence Ermano Picco. With Sig. Rubini behind the wheel the first two perfumes they collaborated on Fundamental and Tambour Sacre are among my favorites of the respective years they were released. One of the reasons I enjoy them is there is no hesitancy to create an accord on its own which might sound unpleasant only to find it as part of a pleasing whole. The greasepaint accord in Fundamental is a prime example of this. Nuvolari does it better by creating racetrack accords.

Nuvolari is named and inspired by Italian racer Tazio Giorgio Nuvolari. Sig. Rubini wanted a fragrance which captures the essence of racing. The rest of his team helped bring it to life.

I’ve found the smell of gasoline enjoyable. When I have inadvertently spilled a bit on my finger while filling the car, I tend to smell my finger afterwards. The opening of Nuvolari is centered around a gasoline accord. Sig. Canali isn’t looking for photorealistic but something which is reminiscent of petrol in the air. The fuel accord has that petroleum smell which he ameliorates with black pepper and lemon. The latter gave it a sense of flammability to me. As if it was just waiting to ignite within the engine.

The heart is that sense of being on the track. Making the driving decisions at high-speed. Here the motor racing accord is composed of rubber and motor oil. They are not elevated to extreme levels. Sig. Canali keeps a firm hold of this steering wheel keeping the perfume on track. A tiny piece of mint represents the adrenaline of racing. There is a sense of heated metal here which the press notes seem to claim comes from the neroli. It feels more reminiscent of rose oxide to me. It adds the danger of being in a car which is hot and fast.

Finally the race is run, and you lean down to kiss the track upon winning. The base is built around an asphalt accord. This has a similarity to the way any roadway smells in the heat of summer. There is a burnt scent in the air. This is given texture by some Laotian oud and Haitian vetiver. When both come to the fore, I am reminded a bit of creosote, too. Ambroxan adds the final piece to this trip around the track.

Nuvolari has 12-14 hour longevity and above average sillage.

On the days I wore this I so wanted to be that child back in the theatre. So I could’ve added the missing piece of scent to the movie experience by wearing Nuvolari.

Disclosure: this review is based on a sample provided by Rubini.