There is a large part of my personality I define as punk. When I first learned of the music in the late 1970’s it fit my idea of what rock and roll should be. The sneering take no prisoners attitude appealed to me too. In those days it was slam dancing in front of screaming guitars and vocalists.  I’m over 60 but that part of me still peeks out from behind the gray. Because it is important to me when a perfume brand claims to want to take it on, I am suspicious. As I was when I received my sample of Room 1015 Cherry Punk. 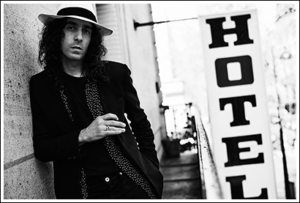 Room 1015 was founded in 2015 by Michael Partouche aka Dr. Mike. His aim has been to make perfumes which capture the era of the 1970’s rock and roll scene as fragrance. I love the idea, but the execution has not always been as emblematic of that era in music. Maybe it is because I lived it, I have a different perspective. I want rougher edges around something full of life. The other new release from the brand called Sweet Leaf might be the politest marijuana perfume I’ve ever smelled. It should have had tendrils of lung tickling smoke. Instead it comes straight from a modern-day apothecary. It is a nice cannabis perfume, but it is not 70’s rock and roll. Cherry Punk hits closer to home despite my initial skepticism. Dr. Mike works with perfumer Jerome Epinette for the third time.

The cherry comes from a maraschino-like version. Except it is roughed up with Szechuan pepper and saffron. If you have ever ground up a cherry pit this is what this accord reminds me of. The syrupy fruitiness is present but the pepper and saffron dial that sweetness way back. The heart is a powdery mimosa which also has a counterbalance in violet. One of my best friends who shared my punk passion chewed violet scented gum. It may not mean anything to anyone who didn’t have a friend like that. For me, the violet toning down the powdery mimosa felt right. It leads to a battered black leather jacket accord. This is that jacket which has been on tour. There are some slices in the hide and some studs on the collar. Maybe the name of your favorite band painted in red on it. It is a barely refined accord. The birch tar in it has a great bite which is when this feels the most punk to me. A classic 70’s head shop patchouli completes everything.

Cherry Punk isn’t as much a representative of that 70’s music scene as I’d like. It also has enough of the punk attitude in places that it doesn’t feel like a sellout. It at least brings back some good memories of those days.

Disclosure: This review is based on samples provided by Room 1015.